Soldiers now qualified for hazard pay for duty in Sulu 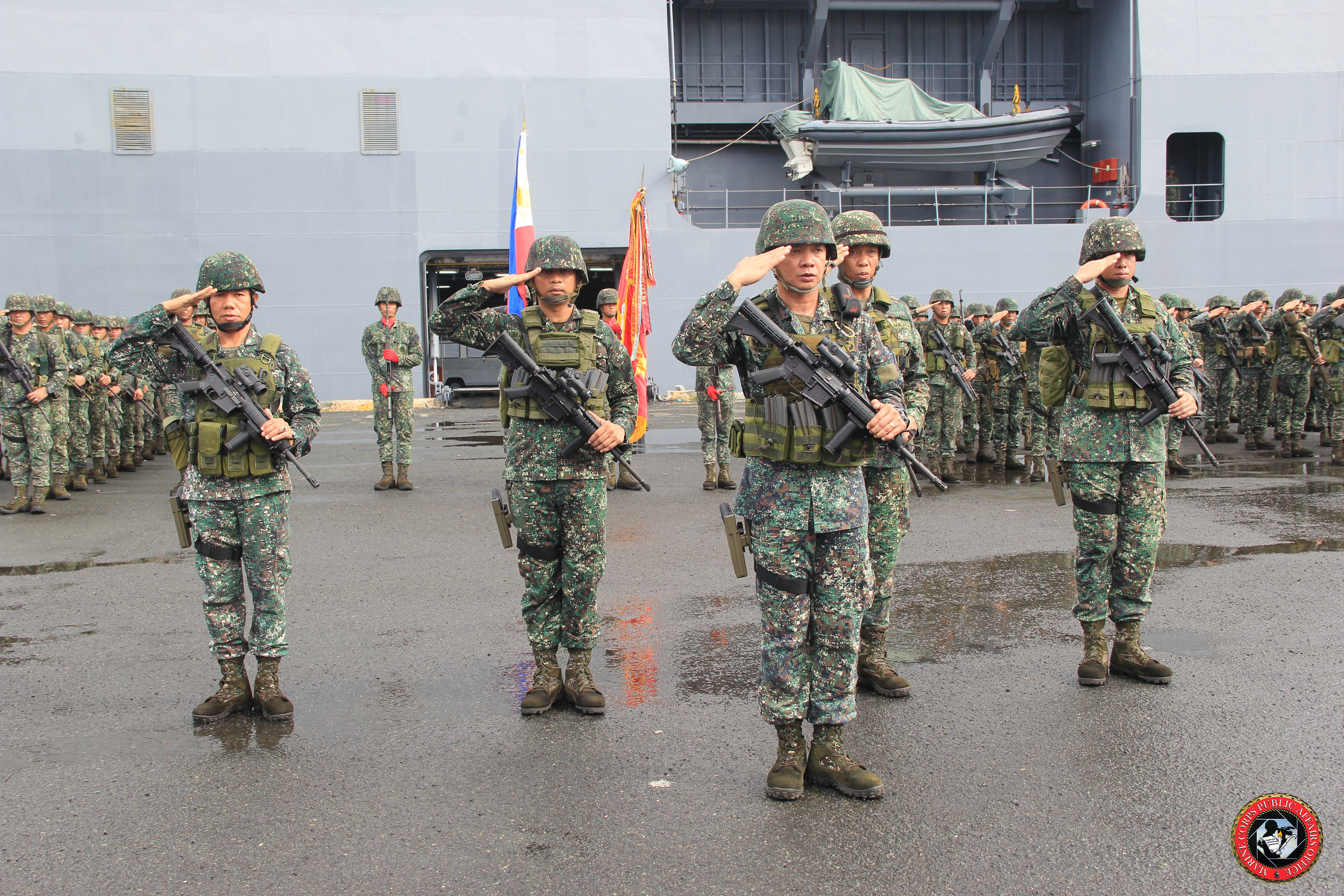 Members of the Marine Battalion Landing-8 attend a send-off ceremony for their tour-of-duty in Sulu province. PHOTO FROM PHILIPPINE MARINES

MANILA, Philippines — Soldiers deployed to Sulu, one of the most conflict-ridden areas in the country, would now start getting hazard pay on top of their salaries.

Vice Admiral Gaudencio Collado Jr., armed forces vice chief of staff, told reporters on Friday (June 28) that soldiers on duty in Sulu province would receive hazard pay equivalent to half of their base pay.

Collado said the extra pay was made possible by the pronouncement of President Rodrigo Duterte about the need to include Sulu on the list of areas considered hazardous for soldiers.

Duterte’s pledge to provide hazard pay for soldiers in Sulu took effect in May.

Sulu is a known stronghold of the homegrown terror group Abu Sayyaf and other armed groups associated with kidnappings, bombings, and extortion. The military has created a new division-sized military unit to address security problems in the predominantly Muslim province.

On Friday (June 28), the Philippine Navy held a ceremony for the Sulu-bound Marine Battalion Landing Team-8 which recently completed nine months of retraining.

The battalion was previously deployed to Sta. Ana, Cagayan province before the retraining. It will replace the MBLT-3, which was moved to Palawan.

“They are ready to fight again,” Empedrad said.