Erap: I never expected that I would only finish a second term | Inquirer News
Close
menu
search

Erap: I never expected that I would only finish a second term 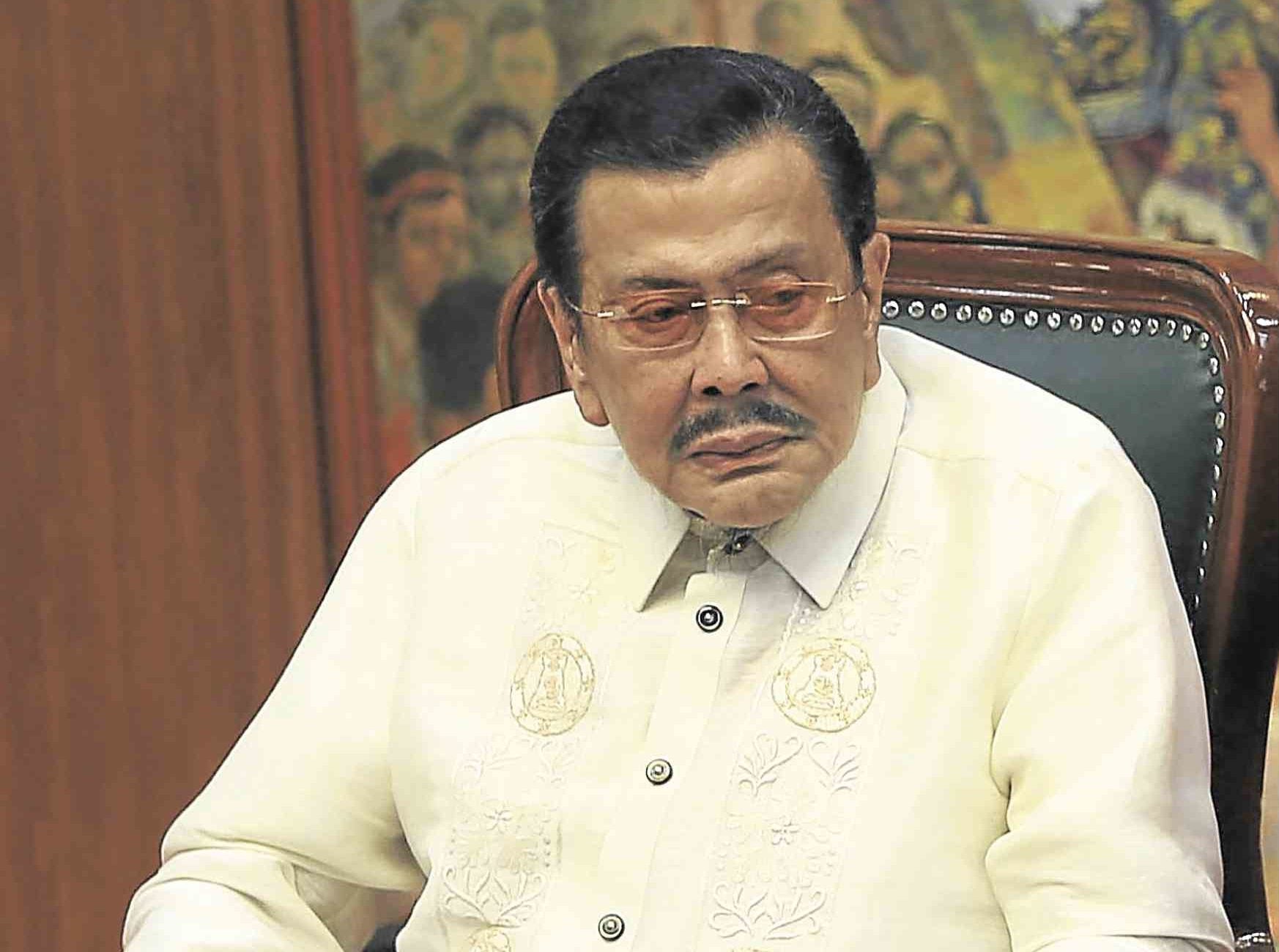 Joseph Estrada’s reign in politics for 50 years has ended with a defeat he never expected.

“I never expected that I would only finish a second term. Because during motorcades that we had, we received a warm welcome from the Manileños. There were so many people who embraced us, so many people who kissed us,” the actor-turned-politician said in his last speech as mayor of Manila on Wednesday night.

On his attempt to get a third and final term, he lost to Francisco Domagoso, or Isko Moreno, in the mayoral race in May’s elections.

Estrada, who prides himself as “Ama ng Masang Pilipino” or Father of the Filipino Masses, revealed his sentiments in a brooding thanksgiving speech at Sofitel Hotel, a five-star hotel in Pasay City far from the slum communities.

The 30-minute speech was emotional but mixed with Estrada’s signature slapstick humor.

In introducing Loi, Estrada reminded the public that she was his “only” wife. The audience laughed, knowing the former president was known for keeping mistresses.

Jinggoy was chided for following in his footsteps—from mayor to jail. He is facing trial in the Sandiganbayan on plunder charges for allegedly pocketing kickbacks from his pork barrel fund when he was senator, but is out of detention on bail.

Estrada started a colorful career in politics in 1971 when he became mayor of San Juan. He was elected senator and vice president, and finally, president in 1998.

In 2001, he stepped down over allegations that he received money from the illegal numbers game “jueteng.” In 2007, he was convicted but received pardon from then President Gloria Macapagal Arroyo.

In 2010, he ran again for president but lost to Benigno Aquino III. He managed to place second in that race.

Estrada described his six-year stint as top city executive as “full of challenges.” He said he inherited a bankrupt city and had to take different measures to deliver social services and pay debts.

“I had to bite the bullet when they said that the only way to do that was raise the real property tax,” he said.

It was a tough move that angered the rich, Estrada believed. It nearly caused him his second run for mayor in 2016, he said.

On Wednesday, Estrada thanked his staff and officials for their services, and the poor for their endless support.

“I could never repay you,” he said. “For almost 50 years, you have been my strength in every chapter of my life.”

But “for now,” Estrada said, it’s goodbye to politics.