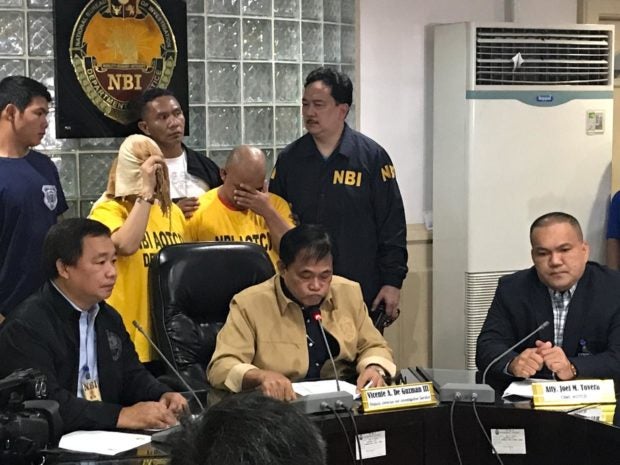 MANILA, Philippines — Two suspects were arrested for estafa and illegal recruitment of workers for employment in the United States, the National Bureau of Investigation (NBI) said on Thursday.

The NBI-AOTD Chief Joel Tovera said in a press conference that the suspects allegedly recruited their victims to work as domestic helpers and caregivers in the US with a salary of P80,000 a month.

Tovera said the suspects even tapped elderly holders of US visas to pose as potential employers.

Torres was arrested by the NBI last June 20 while Melodias, who was living with Torres, was arrested in their home in Valenzuela City.

The NBI was prompted to act on the illegal recruitment scheme after they were alerted by the US Department of State, the US Diplomatic Security Service, and Overseas Criminal Investigations and the US Embassy on July 26, 2018.

Torres, however, denied the accusations against her.

“Sorry po, hindi ko po magagawa yun. Hindi po. Hindi ho talaga ako marunong magcomputer. Wala po akong alam sa ganun (I’m sorry, but I am not capable of doing that. I don’t even know how to operate a computer. I don’t know anything about that),” Torres told the media before the press conference.

The suspects are detained at the NBI detention facility. (Editor: Eden Estopace)