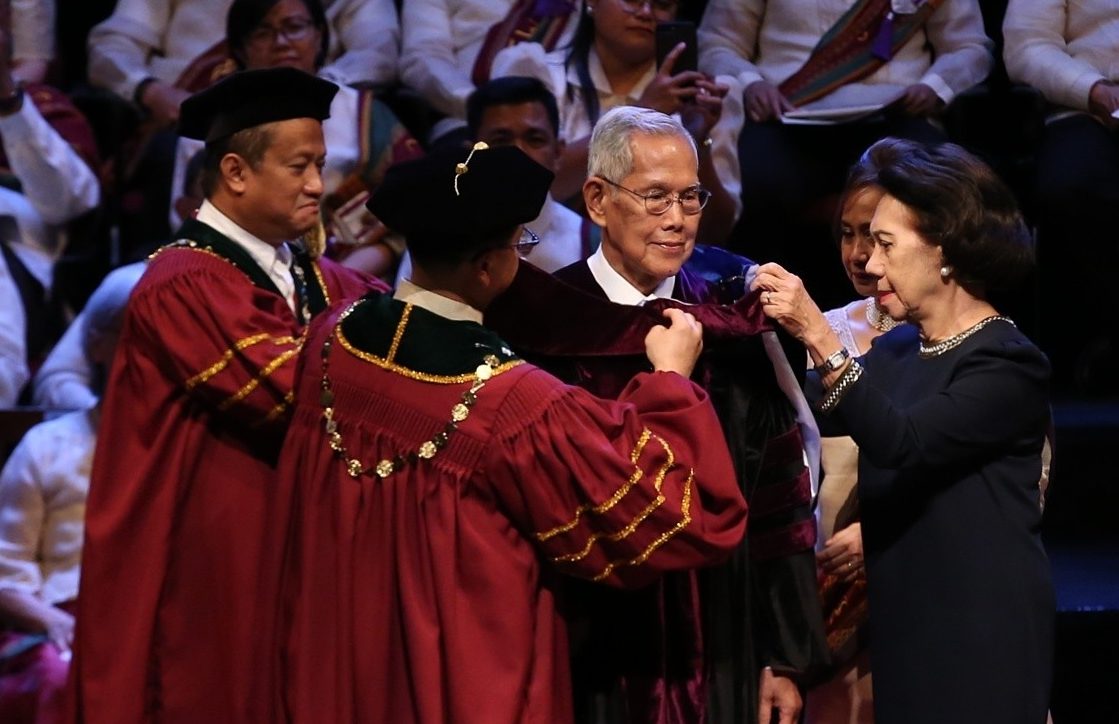 RECOGNITION RITES Former Associate Justice Vicente Mendoza is conferred an honoraryDoctor of Laws degree by the University of the Philippines College of Law on Tuesday. —LYN RILLON

MANILA, Philippines — Retired Supreme Court Associate Justice Vicente Mendoza on Tuesday exhorted the graduating class of the University of the Philippines College of Law to be the “special guardians” of the constitutional order whose collapse, he warned, could give rise to an “authoritarian regime.”

“Without order, there can be no peace. Of course peace can be brought about by a violent order, [but] that’s not the peace we want. That’s the peace of the graveyard,” said Mendoza, who earned a reputation as a fierce constitutionalist during his tenure as an associate justice, and has emerged as a critic of the Duterte administration’s proposed shift to federalism.

The need to nurture the constitutional order was of singular importance in this time and age, as “[i]t cannot survive the transformation of the marketplace and the public forum as dumpsites of noxious ideas and dangerous doctrines,” Mendoza said before a crowd of legal heavyweights that included Chief Justice Lucas Bersamin, former Ombudsman Conchita Carpio Morales and 10 current and former justices of the high court.

The former associate justice criticized in 2018 the proposed federal Constitution drafted by President Rodrigo Duterte’s advisory group for “undermining” the Supreme Court and “impoverishing” the judicial process, and warned of an “authoritarian regime” that would surface if the constitutional order collapsed.

Lawyers were the emergency brake needed to keep this order intact, Mendoza said, adding that the norms established by the Constitution would not endure unless there were “men who [could] stand before a demagogue and damn his treacherous flatteries without blinking.”

The former associate justice was conferred an honorary Doctor of Laws degree by the college during its recognition rites.