newsinfo / Metro
Metro
THOUGH HE HAS ACCEPTED VICTORY OF ISKO MORENO 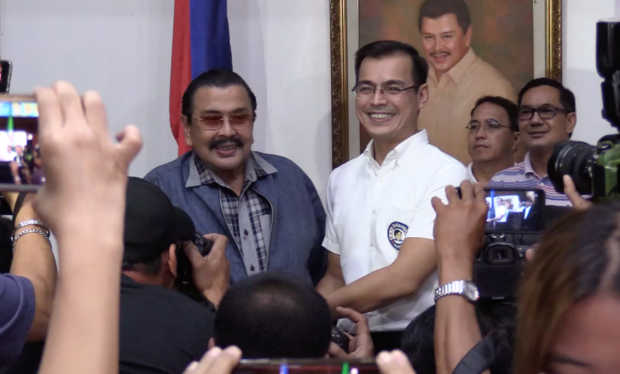 MANILA, Philippines — With only four days before his term ends, Manila City Mayor Joseph Estrada is still in disbelief that he lost to Francisco “Isko Moreno” Domagoso in the elections.

Estrada recalled on Wednesday night that the public gave him a “warm welcome” during the campaign period.

[I never imagined that I will only serve for a second term because in all the motorcades we had during the campaign Manileños gave me a very warm welcome. So many embraced me, so many kissed me.]

He also recalled that motorcade he had with his son Jake Ejercito when teenagers chased their vehicle to shake their hands.

However, the teenagers rushed to his and not to him.

[That just proves that Erap is growing old.]

Despite this, Estrada said that he respected the decision of the voting public in electing Moreno as the new city mayor.

“I now bid you farewell for now and I take a step back from public service. The people have spoken and I respect their will. I have done so through each year of my half a century as a public service. God knows I’ve done my best.”