Water from nearby provinces eyed to fill Metro Manila needs 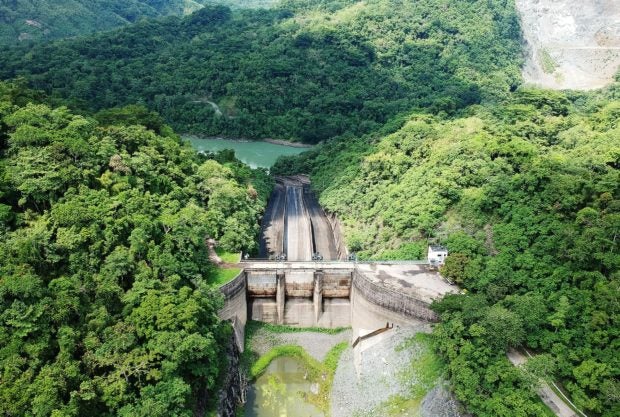 SILENCE OF THE DAM All is quiet on Tuesday at Angat Dam, which has stopped spilling water in the past few months as its stock has dropped to 157 meters, its lowest level in 10 years. The dam supplies 97 percent of Metro Manila’s water requirements. —GRIG C. MONTEGRANDE

MANILA, Philippines — Congress and the Duterte administration are studying all possible solutions to the water crisis in the national capital, including drawing from the reserve of nearby provinces, creating a new water department and returning state control over water distribution in the sprawling metropolis.

Acting Administrator Jeci Lapus of the Local Water Utilities Administration proposed getting water from Bulacan, Cavite and Laguna provinces as a “short-term solution” during Tuesday’s hearing conducted by a House oversight panel.

“The only problem is how to transport the water,” Lapus said.

The joint hearing held by the House committees on Metro Manila development and public works tackled the monthslong water shortage that was expected to persist well into the monsoon season.

Lapus said the Metropolitan Waterworks and Sewerage System, through its two concessionaires, Manila Water Co. Inc. and Maynilad Water Services Inc., could “touch base” with the water districts of nearby provinces to provide some of the Metro’s water needs.

He noted, however, that Metro Manila had a much bigger consumer base of 2 million households.

“Laguna, Cavite and Bulacan have only about 950,000 households so if we succeed in getting supply, it will be only for a half or a third of the needs of the city,” Lapus said.

Executives of the two concessionaires said they were open to the proposal.

“Manila Water welcomes any additional supply to support the supply deficit … We support any plan to give us more water,” said Ferdinand dela Cruz, Manila Water president and CEO.

Ramoncito Fernandez, Maynilad president and CEO, also welcomed the supply boost but said the services of local water districts “are not so good.” He did not elaborate.

Lapus raised the possibility of a more permanent solution, such as the proposal of Speaker Gloria Macapagal-Arroyo to create a department of water.

Each of the country’s 32 water agencies “have their own minds,” he said. When a crisis erupts, they respond with “scattered actions,” he added.

“This situation can be improved with the integration of all water agencies in one department of water,” Lapus said.

Incoming Sen. Francis Tolentino also backed the creation of such a department, saying he had pushed for it since he started campaigning for the Senate.

It would have supervision over all water utilities being managed by local governments, he told reporters.

“It’s about time we [had] a department of water to synchronize all the functions of [state agencies] and as oversight on the [private water concessionaires],” said Tolentino, a former chair of the Metropolitan Manila Development Authority and presidential political adviser.

He dismissed notions that the new department would only add another bureaucratic layer in solving the water supply problem. “You are just integrating [the government agencies],” he said.

“It [will improve] coordination so that only one agency will be in charge and have control of the operations and maintenance of water dams and river systems so that we will have clean water [even] in the provinces,” Tolentino said.

Another senator-elect, Ronald “Bato” dela Rosa, said the government might consider using desalination technology, which is being used by Israel, to produce potable water.

“I don’t know how expensive that technology is, but maybe we can do it,” said Dela Rosa, a former chief of the Philippine National Police.

At Malacañang, presidential spokesperson Salvador Panelo said the administration was open to a proposal by Bayan Muna chair Neri Colmenares to take back control over water supply and distribution from the private concessionaires.

“We are studying everything that would be good for our countrymen. All of that is included in our careful study,” Panelo said in a press briefing.

Colmenares has said the government could do a better job at distributing water than Maynilad and Manila Water, which have come under fire for the water crisis this year.

The Palace assured the public that the government was doing everything it could to solve the problem.

“This is why we are studying all possible remedies to solve the problem,” Panelo said.

At the House hearing, National Water Resources Board Executive Director Sevillo David warned that the water in Angat Dam might drop to its lowest level of 157 meters again by weekend because of a lack of rain to replenish the stock.

The water in the dam, which supplies about 97 percent of Metro Manila’s requirements, last went down to that level in 2010.

David noted that water from recent downpours had not reached the dam.