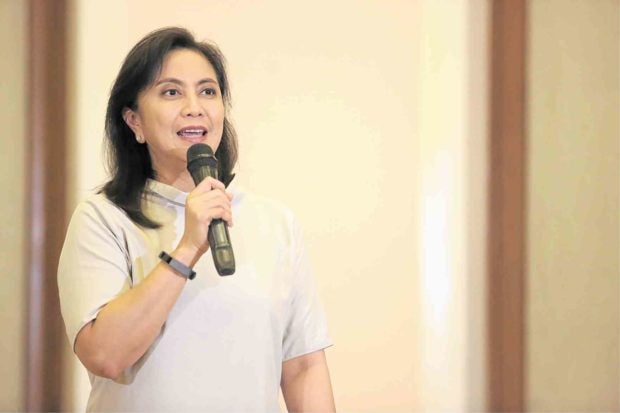 Robredo, who is a lawyer by profession, cited Section 8(b) of Republic Act 8239 or the Philippine Passport Act, which, she stressed, provides concrete grounds for the cancellation of diplomatic passports. She said none of those reasons was applicable to former DFA chief Albert del Rosario’s case.

Robredo, a duly-elected official of the country, was at the receiving end of a tongue-lashing by Locsin, a presidential appointee, over issues on the revocation of diplomatic passports given to former DFA officials.

After Del Rosario was denied entry to Hong Kong last June 21, Locsin said they will revoke all diplomatic passports issued to ex-diplomats to prevent holders from abusing it.

Robredo consequently said DFA should reconsider its move, but Locsin called her “boba” (stupid) arguing that the reason for revoking all diplomatic passports given to former foreign affairs officials was precisely to avoid singling out Del Rosario,

The DFA chief even urged that someone “give her (Robredo) a brain.”

READ: Locsin calls Robredo ‘boba’ and asks someone to ‘give her a brain’

Locsin, however, eventually apologized to Robredo.

But Robredo just shrugged off Locsin’s invectives, saying there are more pressing issues to talk about like the fate of the 22 fishermen involved in the Recto Bank incident.

Robredo, meanwhile, explained that her reaction to the issue was based on R.A. 8239.