MONTEVIDEO, Uruguay – A top Italian organized crime boss escaped during the night from the Uruguayan prison where he was awaiting extradition to Italy, Uruguay’s interior ministry said Monday. 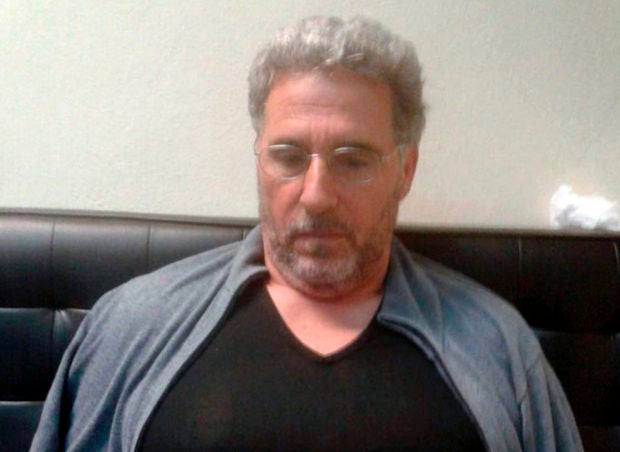 FILE – In this Sept. 3, 2017 file photo released by the Italian police, a man identified by police as longtime fugitive Rocco Morabito, looks down after being arrested at a hotel in Montevideo, Uruguay. The top Italian organized crime boss escaped during the night from the Uruguayan prison where he was awaiting extradition to Italy, Uruguay’s interior ministry said Monday, June 24, 2019. (Italian Police via AP)

Rocco Morabito and three other inmates got out “through the roof” of a prison in Montevideo around midnight before making their way “through a neighboring farm and robbing its owner,” a ministry statement said.

Morabito has been on the run from Italy since 1994 and has been sentenced there to 30 years in prison for drug trafficking. Italian prosecutors say Morabito, 52, played a large role in operations between South America and Milan, which is a distribution point for illegal drugs.

The fugitive has also been described as a key figure in the Calabria-based ‘Ndrangheta mob, one of the world’s biggest movers of cocaine.

“It’s disconcerting and serious that a criminal like Rocco Morabito, a boss of Ndrangheta, has  managed to escape from an Uruguay prison while waiting to be extradited to Italy,” Italian Interior Minister Matteo Salvini said on Twitter.

“I’m making two pledges: shedding full light on the escape, asking for immediate explanations from the Montevideo government, and chasing Morabito, wherever he is, to throw him in prison as he deserves.”

Morabito was arrested in 2017 at a hotel in the Uruguayan capital, although he had been living in a villa with its own swimming pool in the seaside city of Punta del Este.

At the time, Uruguayan police confiscated a 9 mm gun, 13 cellphones and $54,000 in cash as well as a luxury Mercedes coupe.

He had been living under an alias for about a decade and using a false Brazilian passport.

Uruguay’s police released photos of the four fugitives and asked for the public’s help to find them. /gsg