PARIS – The sunset had an orange glow. So did the extreme weather warning for Paris.

Meteorologists placed more than half of France, including around the capital, on alert for high temperatures Monday as a heatwave was expected to spread across continental Europe this week. 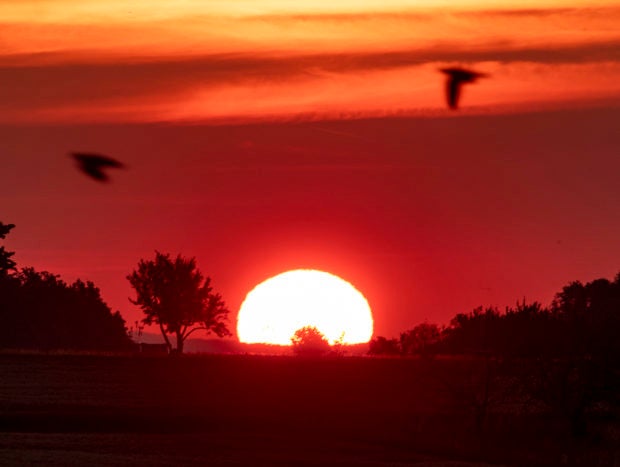 Birds fly by as the sun rises in Frankfurt, Germany, Monday, June 24, 2019. Germany expects hot temperatures during the next days. (AP Photo/Michael Probst)

National weather agency Meteo France predicted the hot weather could produce temperatures of up to 40 degrees Celsius (104 Ft) across the country just as the summer tourist season shifts into high gear.

In Paris, charity organizations patrolled the streets to provide homeless people with water, while local authorities organized air-conditioned public places where people could seek shelter from the heat.

French Education Minister Jean-Michel Blanquer, deciding it was too hot to study, ordered national exams taken by students heading to high school postponed from Thursday and Friday to next week.

The precautions include holding cooling breaks during matches and postponing games if the heat is too intense.

Women’s World Cup matches are scheduled every day this week, except Wednesday and Sunday. Luckily, most were set to be played at night.

The highest temperatures in more than half a century eventually were estimated to have caused 15,000 heat-related deaths, many of older people left in city apartments and retirement homes without air conditioning. 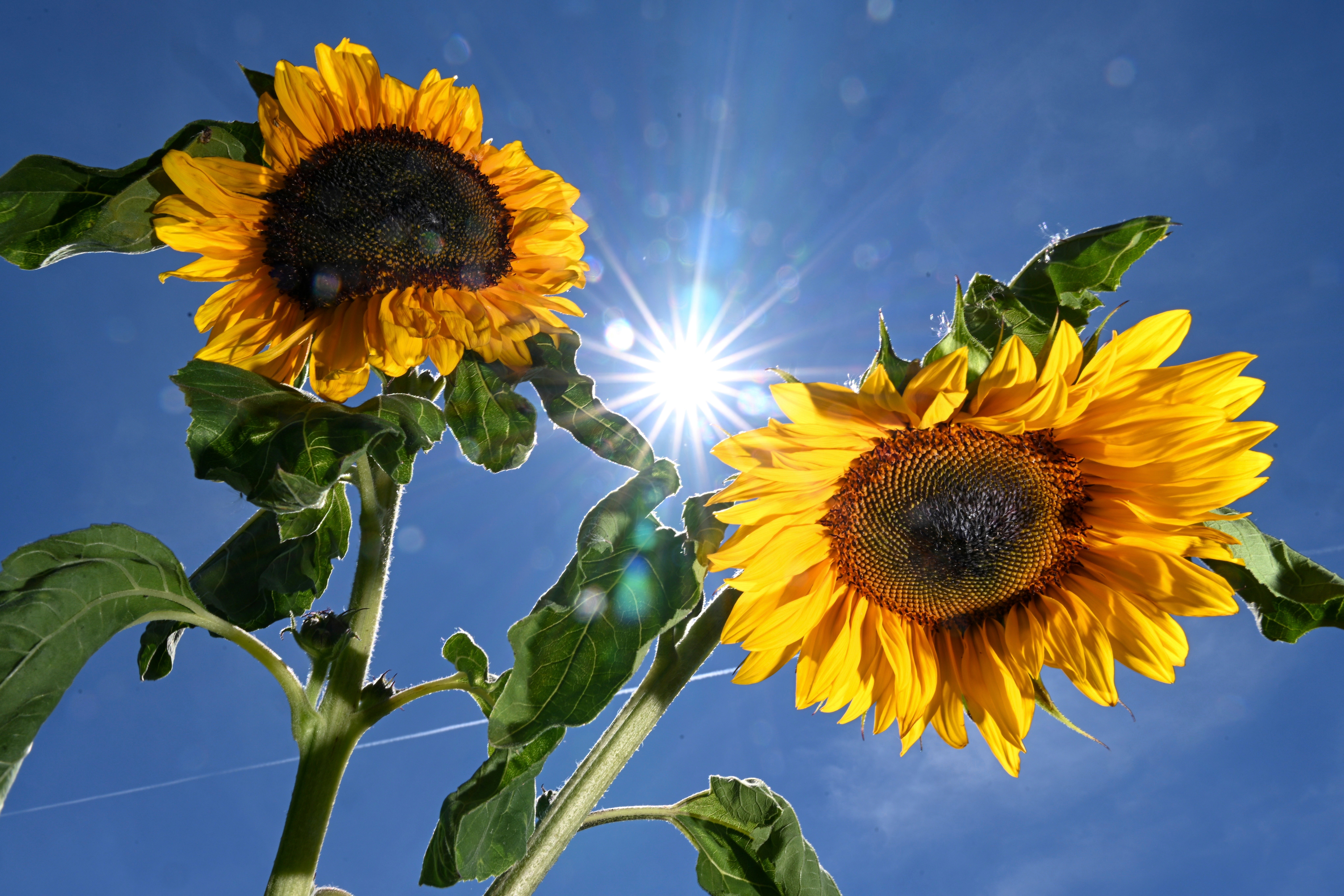 Sunflowers are pictured against the hot sun in Ravensburg, Germany, June 24, 2019. (Felix Kaestle/dpa via AP)

French President Emmanuel Macron said Monday that vigilance was the watchword for the week.

“As you know, at times like these, sick people, pregnant women, infants and elderly people are the most vulnerable. So we must be vigilant with them and have prevention measures in place in order to intervene as quickly as possible,” Macron said.

“Yet when people are fragile, even when everything is organized, there’s always a higher mortality rate,” she warned.

Meteorologists said hot winds from the Sahara Desert brought the scorching weather to Europe. Similar heat is expected in Belgium, Switzerland and Germany.

In Germany, temperatures above 40 degrees C are possible in some places on Wednesday, topping the country’s previous June record of 38.2 degrees Celsius (nearly 100.8 degrees Fahrenheit) set in Frankfurt in 1947.

Rescue services urged people to look out for young children, the elderly and those with compromised immune systems who are at particular risk in high temperatures.

Parts of northeastern Germany are also at high risk for forest fires. Authorities in the eastern state of Brandenburg, which circles Berlin, say the risk of forest fires is at the highest level in the coming days.

Stefan Rahmstorf of the Potsdam Institute for Climate Impact Research said “monthly heat records all over the globe occur five times as often today as they would in a stable climate.”

“This increase in heat extremes is just as predicted by climate science as a consequence of global warming caused by the increasing greenhouse gases from burning coal, oil and gas,” he added.

“Data analysis shows that the normally eastward travelling summer circulation of the Northern Hemisphere mid-latitudes has slowed down, including the Jet Stream,” he said. “This favors the buildup of hot and dry conditions over the continent, sometimes turning a few sunny days into dangerous heat waves.” /gsg

Read Next
Trump signs order that aims to reveal real health care costs
EDITORS' PICK
70,000 Bicol pupils can’t read – DepEd
Can Your Brand of Meat Be Trusted? Here’s How to Know You’re Eating Safe Meat
PH to review ban on travel to HK
New China virus cases drop for 3rd day as toll passes 1,600
The Najima Drive: Nissan’s MD drives #GoAnywhere adventures in new video series
Can travel make you fall in love?
MOST READ
70,000 Bicol pupils can’t read – DepEd
Frankie’s wit and spunk
SC should have final say on VFA – Lacson
2,000 iPhones given for free by Japanese gov’t to passengers stuck on ship due to coronavirus
Don't miss out on the latest news and information.