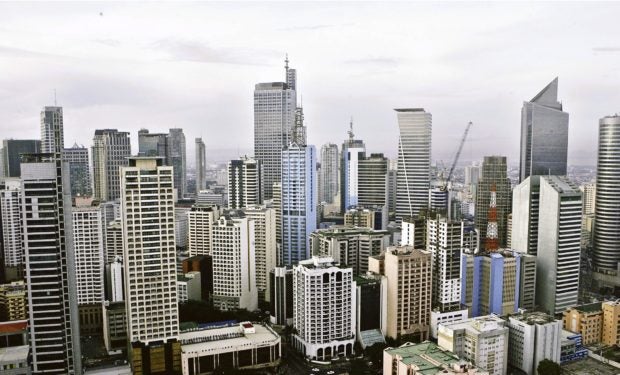 FOLIAGE LOSS To compensate for the growing loss of foliage in Metro Manila due to rapid development, the Department of Environment and Natural Resources is working to cover every bit of available space, even the traffic medians. —INQUIRER PHOTO

MANILA, Philippines — Metro Manila’s green spaces would continue to shrink in the face of unabated development and a ballooning population, if not dealt with swiftly by the government and citizens alike, the Department of Environment and Natural Resources (DENR) said on Monday.

The challenge, however, lies in finding every pocket of available space for foliage in the densely populated National Capital Region (NCR).

Using the 2015 population data, these spaces serve a whooping 12.8 million people living in the metropolis.

“If we look at the development here in the National Capital Region, especially under the ‘Build, Build, Build’ program, we really need to work double time to compensate for the loss [of green spaces],” said Jacqueline Caancan, DENR-NCR regional director.

Some of the major green spaces in Metro Manila include La Mesa Eco Park in Quezon City and the protected Las Piñas-Parañaque Critical Habitat and Ecotourism Area.

Out of 16 cities and one town in Metro Manila, the capital Manila suffers one of the biggest deficits, with only 140.4 ha green space in a total area of over 3,800 hectares.

Concerned citizens were recently up in arms after the 2-ha Arroceros Forest Park in Ermita, dubbed as the city’s “last lung,” was threatened with the proposed building of a gymnasium.

But advocates were afforded a sigh of relief — and now hold on to a promise — after incoming Mayor Isko Moreno said he would not allow development inside the riverside park.

To compensate for the growing loss of plants due to rapid development, the DENR-NCR said it was working to cover every bit of available space, including the traffic medians.

It is looking at the development of more minigardens and pocket parks, where trees and ornamental plants can provide a breathing space for the choking city.

Since the beginning of their office’s greening projects in the metropolis in 2011, at least 1,110 ha of land have been planted in, with a total of 787 sites across Metro Manila.

On Tuesday, in celebration of the Philippine Arbor Day, simultaneous tree-plantings will be held at the Baseco compound in Tondo, Manila, and on the campuses of Polytechnic University of the Philippines in Metro Manila.

Institutions, such as schools and churches, are also considered lungs for the Metro, where old trees are also often found.

Amid rapid development, the challenge lies in the delicate balance between development and sustainability, Caancan said.

The conscious efforts from government agencies and citizens alike would have to be swift and consistent, before concrete and steel threaten to engulf the metropolis.

“When we park our cars, we always want it under a tree’s shade,” she said. “But the irony is: Who wants to plant a tree?”