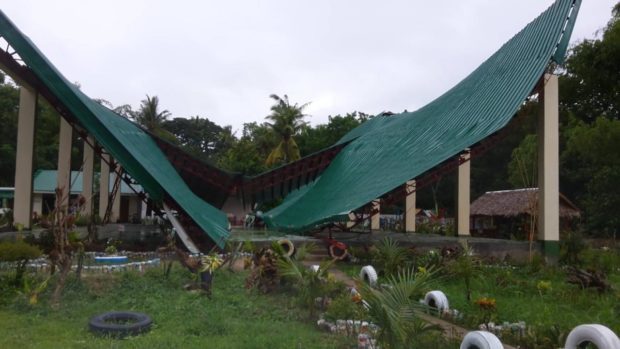 According to initial reports from Zamboanga City Police, the school covered court suddenly collapsed around 8:30 a.m. and caused minor injuries to the victims.

Read Next
Man returning to work at quarry killed after buying food
EDITORS' PICK
A laptop that maximizes your WiFi so you can maximize your productivity
Powered by style, innovation and passion
In Borongan, nuns play hoops (not mahjong)
PH resumes talks with China on Chinese-funded transport projects
House energy committee chair Arroyo bats for cheap electricity
Why Tagle is a leading papal contender
MOST READ
Why Tagle is a leading papal contender
Arjo Atayde reveals proposal to Maine Mendoza was ‘more than a year’ in the making
Iza Calzado asked self upon learning she’s pregnant at 40: ‘Is this what I want?’
Zubiri on SRA mess: Shameful, disgusting
Don't miss out on the latest news and information.