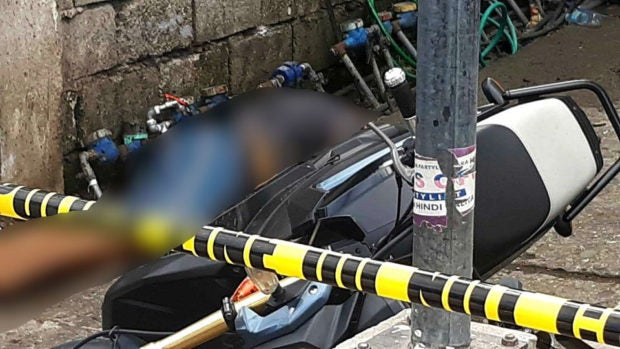 The body of Roy Pagunsan, a former policeman, was found near his motorcycle in Barangay Mercedes, Catbalogan City. CONTRIBUTED PHOTO

Roy Pagunsan was on his way home on board his motorcycle when he was gunned down by the men who were on board a van, said Lt. Col. Bella Rentuaya, spokesperson of the Police Regional Office in Eastern Visayas.

Recovered from the crime scene were 12 empty shells of M-16 Armalite rifle.

In June 2016, Pagunsan was dismissed from the service after he was involved in an alleged case of car theft.

He was working on reinstatement after the case was dismissed. (Editor: Tony Bergonia)