VACC president says past cases may be behind death threats 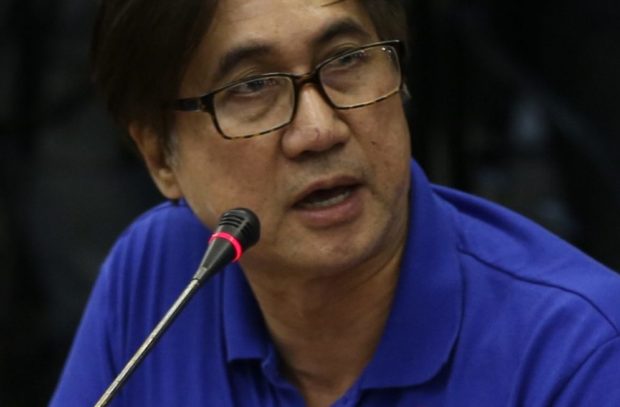 MANILA, Philippines — Arsenio “Boy” Evangelista, the president of the Volunteers Against Crime and Corruption (VACC), said the cases filed against the Dominguez carnapping group and against those involved in the 2015 Mamasapano clash could be linked to the death threats he had been receiving.

On Friday, Evangelista was supposed to visit the wake of multi-awarded actor Eddie Garcia, a close friend of his at Heritage Park in Taguig City. But his car, which was parked in front of Kamuning Public Market in Quezon City, was shot at by an unidentified gunman.

Evangelista the called on the PNP find the gunman and those behind the death threats against him.

“In particular in this threat, I am calling the PNP leadership to address [this incident],” Evangelista said. “This individual is out on the loose anybody can be the next victim.”

READ: Car of VACC president shot at in QC

Dante Jimenez, Presidential Anti-Corruption Commission (PACC) chairman, said there should be added security for Evangelista, noting his awareness on the threats against the VACC chairman.

“So to me I think this is high time to double security,” Jimenez, who is founding chairman of the VACC, told reporters during the wake of Eddie Garcia. “We can’t afford to be complacent because anytime the hard killers will strike.”

Jimenez said Evangelista had been asking for police escorts for his safety but it would require extra for the food and salary of police escorts.

In a telephone interview with INQUIRER.net, Evangelista recalled the case filed against the Dominguez brothers — Roger and Raymon – who were charged for car theft and the killing of his son, car dealer Venson, in 2011.

The case is still pending at the Quezon City Regional Trial Court Branch 215.

Evangelista also noted that he was a complainant in the case of reckless imprudence resulting in homicide filed in connection with the Mamapasano clash, which resulted in the death of 44 commandos of the Special Action Force (SAF).

Among the respondents were then President Benigno Aquino III, sacked PNP chief Alan Purisima, and then SAF chief Getulio Napeñas.