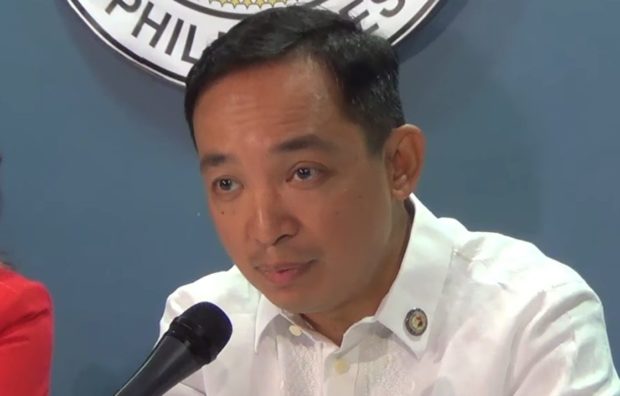 MANILA, Philippines — A P95.3 billion item vetoed from the 2019 national budget could have been used to fund the pay hike for teachers, according to Act Teachers Rep. Antonio Tinio.

“At least, you can give that to the teachers. And this would surely not get lost to corruption,” Tinio, speaking partly in Filipino, said at the Saturday Forum at Annabel’s, which was held in Quezon City.

According to presidential spokesperson Salvador Panelo, President Rodrigo Duterte thumbed down the amount for being “unconstitutional.”

Earlier, the Department of Education (DepEd) said the government could approve a P10,000 pay hike for teachers.  This means it would cost the government P150 billion to increase the pay of 800,000 teachers.

As Tinio pointed out during the forum, the vetoed budget could have been a “starting point for a substantial increase for teachers.”

Asked if the Department of Budget and Management could release the vetoed P95.3 billion for other purposes, Tinio answered that, because the item was vetoed, the money was not appropriated.

A new law would be needed for the amount to be appropriated, he added.

“Technically it will possible,” Tinio said, noting that the 18th Congress could pass a supplemental budget.

Pressed if his party-list group would push for such law, Tinio said: “Well, the ACT Teachers definitely will.”