MANILA, Philippines – Producers at Hollywood could be lining up to turn “The Mastermind” into a movie.

A work of nonfiction, the book by award-winning journalist Evan Ratliff, details the criminal empire built by a South African by the name of Paul Calder Le Roux who dabbled first into selling prescription drugs through the internet illegally then built an entire underworld enterprise from his base in the Philippines.

Le Roux, an information technology (IT) genius who was born in Zimbabwe, made a name for himself in the criminal universe with Ratliff describing him as the Elon Musk or Mark Zuckerberg of the criminal side of the internet mainly because of his work on an encryption program linked to US espionage whistleblower Edward Snowden and believed to be the origin of TrueCrypt, described as a fail-proof data protection application.

The book takes the reader to years of painstaking investigative work by a journalist who wondered aloud at waiting for nothing many times in the course of digging deeper into Le Roux’s operations, the cast of characters that made his empire work and the deepest recesses of the mind of an IT genius who earned hundreds of millions of dollars a month at the back of his crime empire workers. 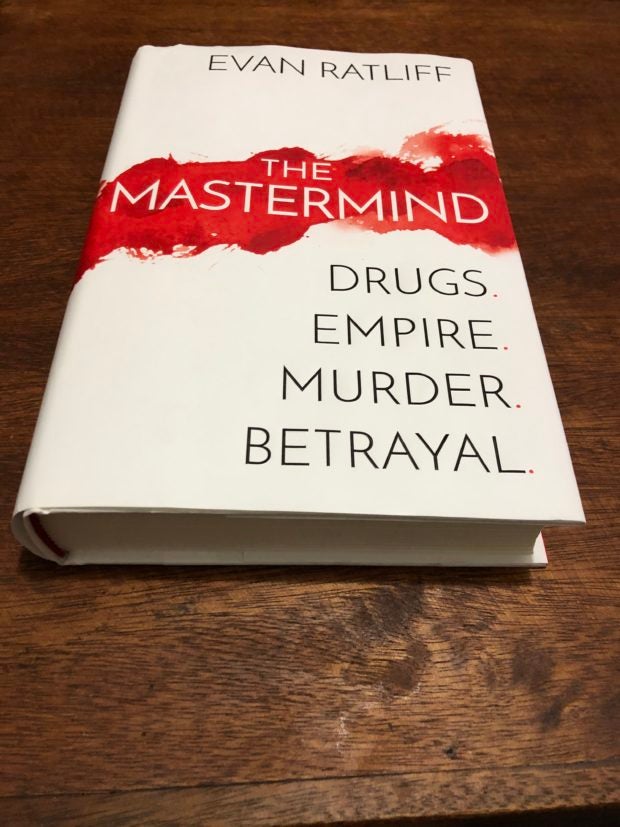 It was waiting for nothing while in a police station in the Philippines in search of answers for the killing of one of Le Roux’s victims, a Filipino real estate broker by the name of Catherine Lee, whose only crime against Le Roux was to trust another real estate agent with the crime boss’ money unaware that the second realtor would run away with it.

It was a search for answers that took Ratliff’s gaze to a Taytay, Rizal police precinct motto about loyalty which he thought was more appropriate for a crime gang—“If you must growl, condemn and eternally find fault, why, you must resign your position. And when you are outside, damn to your heart’s content but as long as you’re part of the institution, do not condemn it. If you do, the first high wind that comes along will blow you away and probably you’ll never know why.”

The Mastermind journeys to the country which Le Roux, a crime boss who wears shorts and loose shirt over his bulging paunch and rarely goes out for formal occasions, chose as his headquarters because the South African national knew of the corruption of its law enforcement institutions and its government. 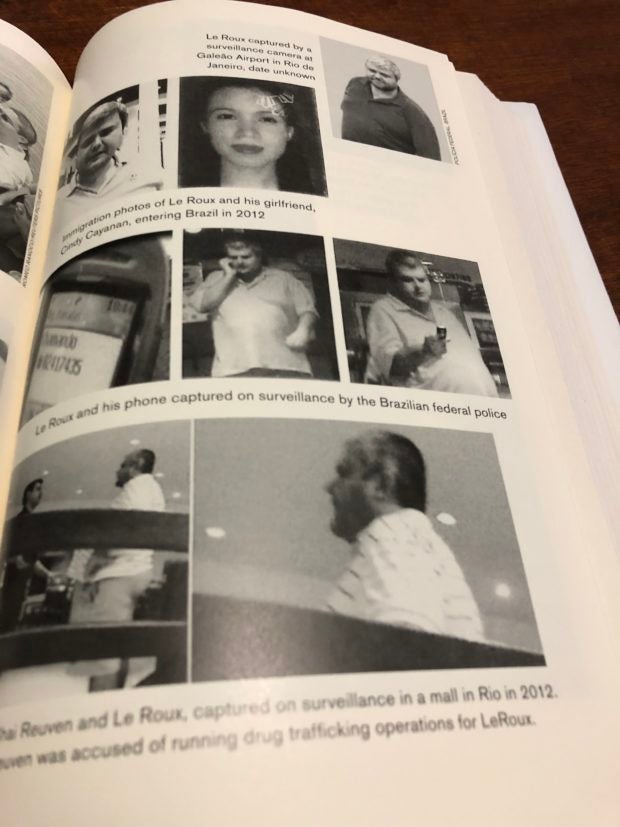 In the Philippines, Le Roux lived the life of someone with nearly the wealth of Microsoft founder Bill Gates but with the appetite for criminal deals and violence of legendary American gangster Al Capone.

His illicit revenue from selling addictive pain killers to Americans, through his main company called RX Limited, allowed him to buy a house in posh Dasmarinas Village in Makati City, lease almost an entire floor at a gleaming building on Ayala Avenue and occupy a penthouse in an upscale condominium in Salcedo Village.

The Philippines was an ideal “shit hole” for Le Roux, according to The Mastermind, because it would cost him very little to operate a crime empire from the country where, Ratliff said in the book, having someone killed costs as little as P5,000 or just $100.

The events detailed in The Mastermind took place starting in 2007 when the book said Le Roux’s mercenary associates bragged about the crime empire having the highest officials of Philippine law enforcement agencies and national government feeding from its hands.

Take the case of the MV Ufuk, a ship leased or bought by Le Roux, which was intercepted in August 2009 carrying hundreds of heavy firearms and ammunition in a botched operation by Le Roux to smuggle guns into the Philippines and which made the crime boss ask one of his mercenaries if the money intended as bribe to Philippine Customs officials had reached its intended beneficiary.

According to The Mastermind, little was known about the MV Ufuk case following the much-publicized interception of the ship. In other words, the case simply disappeared.

Such was the fate of many Le Roux associates whom he had suspected of snitching on him or crossing him on his deals. Such was the fate that befell real estate broker Lee, who was simply looking for a real estate sale unaware that the P50 million given her for land in Batangas province was from one of the biggest crime bosses in the world then.

The flow of drugs through the network established by Le Roux from the Philippines went unimpeded, leading Ratliff to even dig deeper for answers mainly for the biggest question that jumped out of the hundreds of pieces of documents, interviews and investigative notes that went into Ratliff’s search for the truth—how can Le Roux operate so freely in the Philippines?

It was in the Philippines where Le Roux expanded his operations from simply supplying prescription drugs, mainly addictive pain killers, to Americans who gorged on them like peanuts and would eventually lead to the United States’ opioid epidemic, to trading meth “cooked” in Philippine laboratories for Colombian cocaine.

He operated an entire call center with more than 1,000 Filipino employees at the gleaming building on Ayala, using this IT-based office for his RX Limited to supply prescription drugs to thousands of Americans who Le Roux knew would simply abuse the pain killers with the addiction bringing in hundreds of millions of dollars into his underworld empire every month.

Such was Americans’ appetite for drugs that at one point in the book, Le Roux would tell an undercover US Drug Enforcement Agency asset with a contempt that “these American fucks they have an appetite for everything.”

Le Roux turned the Philippines into a port of origin for drugs for European and American markets, sending out shiploads of meth, many coming from North Korea, to addicts worldwide.

While the book did not provide definitive answers to how Le Roux was able to turn an entire country as a base of his criminal empire, it offered some startling pieces of information.

Like the ease with which Le Roux would coordinate with police to set up sting operations for associates, he had accused of crossing him. Of police turning their backs on the most brazen of murders committed on orders of Le Roux in the streets of Manila or on a tourist road in Subic carried out by tandem motorcycle killers. Or of investigations heading straight to blank walls because these involved associates or enemies of Le Roux.

In one chapter of the book, Ratfliff recalled sitting at the Philippine National Bureau of Investigation office in Manila, wondering if he could trust the NBI agent he was waiting to discuss the case of MV Ufuk, the ship that got caught carrying an arms cache for Le Roux.

“Could I trust the accounts of agents sitting across from me? I was no longer sure,” said Ratliff in his book.

“The only thing I knew for certain was that Le Roux operated here with a staggering level of impunity,” Ratliff wrote.

It was impunity that seemed to have found its end with a change of administration in the Philippine government from Gloria Macapagal Arroyo to Benigno Simeon Aquino III, during which time Le Roux started packing his bags and leaving for other countries he knew he could operate as freely as he did in the Philippines.

This could make sense at the end of the book when Ratliff wondered how Le Roux would deal with an administration like that of Rodrigo Duterte, who promised and launched a brutal campaign against drugs and criminality that had already claimed the lives of thousands of Filipinos.

Reading through more than 300 pages of The Mastermind is a journey that makes you wonder if you’re already watching a movie or simply staring at reality./ac