MANILA, Philippines — After receiving assistance from the government, the Filipino fishermen whose fishing boat was hit by a Chinese vessel, posed for a photo opportunity displaying the signature fist bump of President Rodrigo Duterte. 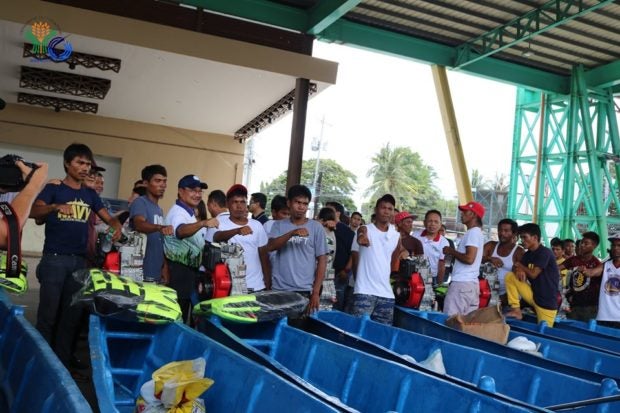 Affected fishermen from Occidental Mindoro do the signature Duterte fist bump beside their new boats given by the government. The assistance was given days after a Chinese vessel reportedly rammed their boat, leaving them floating in the middle of the sea for hours before they were rescued by a Vietnamese vessel. PHOTO: Bureau of Fisheries and Aquatic Resources as shared by Agriculture Secretary Emmanuel “Manny” Piñol on Facebook

In a Facebook post, Piñol said the aid includes 12 fiberglass fishing boats complete with engine and fishing gears, one sack of rice for each of the fishermen, a total of P45,000 cash assistance each from various government offices, and scholarship for their children, among others. 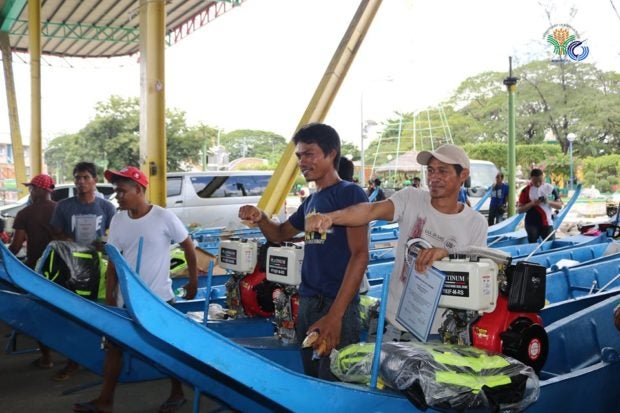 PHOTO FROM: Bureau of Fisheries and Aquatic Resources as shared by Agriculture Secretary Emmanuel “Manny” Piñol on Facebook

“During the last Cabinet Economic and Security Clusters Committee meeting last Monday, the DA [Department of Agriculture] was tasked to lead a government group to assist the fishermen who figured in the Recto Bank maritime incident on June 10. #DuterteDelivers #PresRodyCares! #KungGustoMaramingParaan,” Piñol wrote on Facebook.

Among those who did the signature Duterte fist bump pose was the boat’s captain, Junel Insigne, who recanted his earlier claims that the Chinese vessel intentionally rammed their fishing boat.

On June 9, the Filipino vessel was reportedly rammed by a Chinese fishing vessel. Following the incident, the Chinese vessel immediately left, leaving the 22 Filipino fishermen fighting for their lives as they stayed afloat for hours at sea. 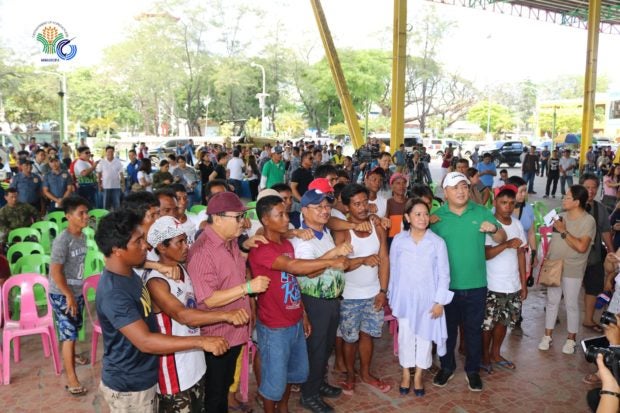