Trump could have tough time meeting his deportation threat

WASHINGTON – President Donald Trump could have a tough time making good on his threat to deport millions of people living in the U.S. illegally.

But maybe that wasn’t his point.

Trump’s late-night messages promised that starting next week his administration “will begin the process of removing the millions of illegal aliens who have illicitly found their way into the United States. They will be removed as fast as they can.” 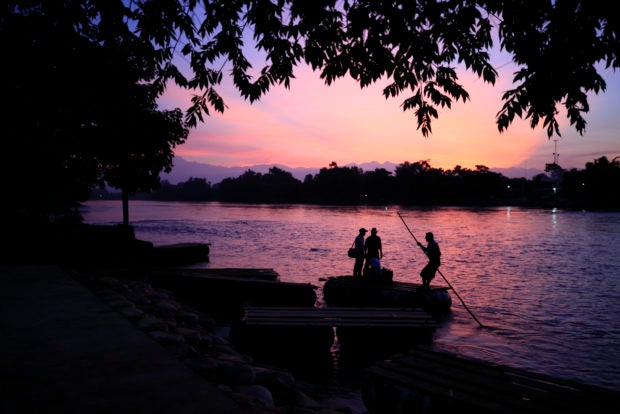 A raft operator pushes away from shore ferrying passengers to the Guatemalan side, in Ciudad Hidalgo, Mexico, at sunrise on Tuesday, June 18, 2019. The number of migrants taking rafts at the busy Ciudad Hidalgo crossing point appears to have decreased significantly in recent days amid fears of a pending deployment of the National Guard along the southern border. (AP Photo/Rebecca Blackwell)

That was a pronouncement likely to excite his political base just as he was formally announcing his reelection bid Tuesday night.

It also scared immigrants in the U.S. illegally — and could deter others from coming.

But it came at a cost.

Trump blatantly exposed an upcoming enforcement operation, potentially jeopardizing the kind of sensitive effort that takes months to plan and relies on secrecy.

The president’s tweets put new, fresh demands on Immigration and Customs Enforcement, the agency in charge of removals, which is already overwhelmed, lacking staff, funding and detention space for its current work.

And any massive roundup that includes deportation of families would be sure to spark outrage.

The tweets suggested the start of Trump’s reelection campaign is likely to have much in common with his 2016 announcement, when he accused Mexico of sending rapists to the United States and pledged to build a wall and make Mexico pay for it.

The rhetoric was widely denounced, yet the tough anti-immigration message struck a nerve with many Americans and ultimately helped carry Trump to victory.

But his tough talk hasn’t led to a drop in border crossings since he took office.

The flow of Central American migrants has risen dramatically during his administration. He recently dropped a threat to slap tariffs on Mexico after the country agreed to step up immigration enforcement efforts.

The “millions” in his tweets referred to the more than 1 million people in the United States with final deportation orders, meaning a judge has decided they be deported, according to an administration official who spoke on condition of anonymity to explain the president’s tweets. /gsg