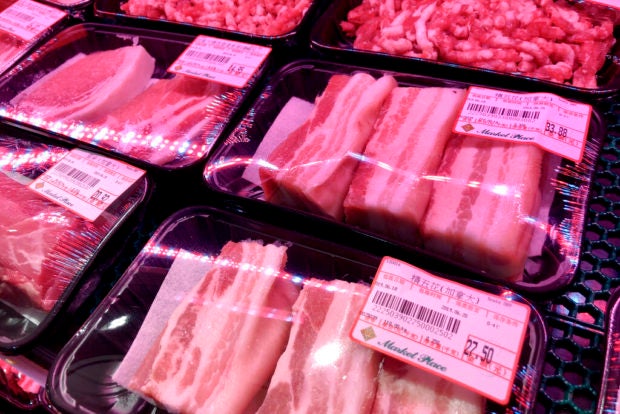 Packs of Canadian pork are displayed for sale at a supermarket in Beijing on June 18, 2019.  AP

BEIJING — China will halt imports from a Canadian company after food safety issues were detected in one batch of pork, the Xinhua state news agency reported Tuesday, a move likely to fuel speculation that China is retaliating against Canada for arresting a Chinese tech executive.

After Canada arrested Huawei chief financial officer Meng Wanzhou in December at the request of the U.S., China has arrested two Canadians, suspended the permits of two other Canadian pork importers and halted all new purchases of Canadian canola seeds.

Xinhua said customs authorities in the eastern city of Nanjing found traces of ractopamine, a feed additive banned in many countries, in pork products from Frigo Royal. It said China will suspend imports from Frigo Royal and also stop accepting health certificates issued by the company’s veterinary officer.

According to Xinhua, China’s Customs Administration will also increase the number of inspections for ractopamine in Canadian pork imports.

Ractopamine is known as a “muscle drug” that accelerates pigs’ growth. While it is banned in China, Russia and EU countries, it has been approved for use in the U.S. and Canada. The Canadian Food Inspection Agency’s website shows Frigo Royal — also known as Expedi-Go Transit — on a list of federally registered meat businesses and their licensed operators. /ee