Palace: 'Dangerous' for Duterte to express anger on sinking of boat in WPS

Palace: ‘Dangerous’ for Duterte to express anger on sinking of boat in WPS 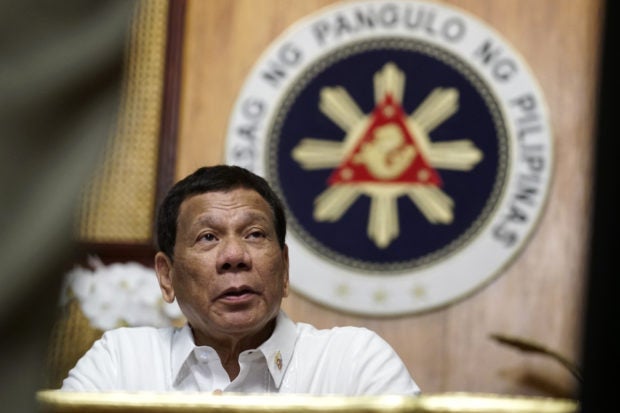 MANILA, Philippines — It is “dangerous” for President Rodrigo Duterte as head of state to make public his outrage over the sinking of a Filipino boat at Recto Bank in the West Philippine Sea.

This is because, according to Cabinet Secretary Karlo Nograles, the President might be “taken out of context.”

Nograles made the pronouncement Tuesday, a day after the Chief Executive broke his weeklong silence – without even a sign of anger – on the Recto Bank incident, which he merely dismissed as a “little maritime accident.”

“You know, it’s dangerous when the head of state [issues a statement] and [would be] taken out of context and everything,” Nograles told reporters in Malacañang when asked why there was no hint of outrage from the President regarding the Recto Bank episode in his public speeches.

In his speech during the 121st Philippine Navy Anniversary at Sangley Point in Cavite, Duterte said he would not issue an official statement on the issue yet pending the result of the investigation, as he also would want to hear the side of China.

Presidential Spokesperson Salvador Panelo in a Palace briefing earlier Tuesday said Duterte is a “very cautious person and as a lawyer he is trained to listen to all sides.”

Duterte has fostered warmer ties with China since he assumed the presidency on June 30, 2016.

Manila and Beijing has strained its relations during the Aquino administration over territorial disputes in the South China Sea.

Then President Benigno S. Aquino III had elevated the Philippines’ maritime row with China to the Permanent Court of Arbitration in The Hague, Netherlands, which ruled in favor of Manila in July 2016 invalidating Beijing’s nine-dash line that claims almost the entire South China Sea including the exclusive economic zone of the Philippines. (Editor: Katherine G. Adraneda)