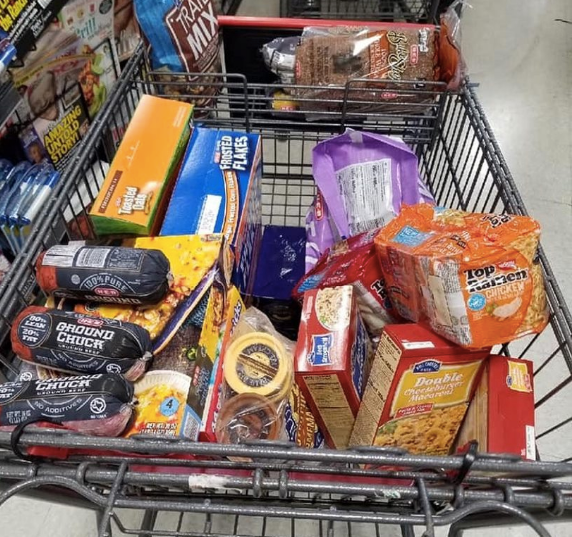 A police officer of the Austin Police Department in Texas, USA, bought groceries for a family after finding a child getting food alone for his younger sibling.

Officer James Riley was flagged by a citizen who alerted him to a young boy walking alone in a parking lot, as per the Austin Police Department on June 11. Riley took to the scene and discovered that the boy apparently walked to the store on his own to get snacks for his younger sibling.

The incident, which happened last June 3, prompted Riley to give the young boy a ride home out of concern.

“Once inside the residence, he found out that the family was going through difficult financial times,” the police department said. “Officer Riley talked to the kids about safety and cautioned them not to leave the residence without an adult.”

On Monday, June 3rd, Officer James Riley was working in Central West Austin (Baker Sector) when a citizen flagged him…

Riley extended his help to the family in need by taking to an H-E-B supermarket afterward where he bought some groceries and snacks for the young boys.

“He took it upon himself to go to HEB and bought a basket full of groceries and snacks that the boys would be able to fix without turning on the gas stove,” the police department added. “He also got some things that a parent would be able to cook for them.”

The police department’s post has since garnered over 8,000 reactions on Facebook and more than 1,000 shares and comments since the time of posting. Riley was also lauded by the police department for his kindness and for going above his duty as a police officer.

“He showed true heart with this act of kindness and is just one example of how our officers work to make Austin a safe community.”  /ra