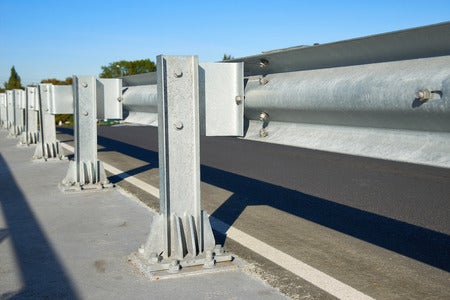 A police officer of the Chandler Police Department in Arizona, United States talked a man down from jumping off a bridge by offering him a hug. While the incident happened last March, the police officer’s act of compassion has just recently been lauded by his department.

Officer Aaron Little was recognized by the police department in a statement last June 12 for convincing an unidentified 26-year-old man from climbing off the railing of a pedestrian bridge that spans the Price Freeway.

Their interaction was captured on video by Little’s body camera which was then shared by the department on their website and Facebook account. The incident occurred last March 28 and showed the man holding on to the protective railing of the bridge with the intent to jump.

“Officer A. Little arrived at the bridge and, after developing a rapport with the male, Officer Little was able to convince him to climb off the railing and back to the safety of the bridge,” the police department said. “While this incident is extraordinary, the compassion Officer Little showed is a common occurrence with the men & women of the Chandler Police Department.”

Officer Talks Suicidal Man Out of Jumping Off Bridge

In the early evening of Thursday, March 28, 2019, a 26-year-old male climbed the protective railing of a pedestrian bridge that spans the Price Freeway with the intent to jump. Officer A. Little arrived at the bridge and, after developing a rapport with the male, Officer Little was able to convince him to climb off the railing and back to the safety of the bridge.While this incident is extraordinary, the compassion Officer Little showed is a common occurrence with the men & women of the Chandler Police Department.Officer Little’s body worn camera captured their interaction:

In the video, Little can be seen talking to the man a few meters away and convincing him to climb up the railing.

“I have nothing on me,” the man replied.

“Okay, I believe you… I will give you that hug,” said Little. “Please climb up over that fence, buddy, please, it’s just me and you, that’s it.”

After a few minutes of trying to convince the man, Little finally succeeds in persuading him to climb up the railing and back to safety. The man can then be heard crying as he hugged Little.

“I gotta tell everyone you’re off the fence, okay?” said Little. “I’m hugging him, he’s off the fence, we’re gonna walk back to my car, which is near the food park. Let’s walk that way, okay? Alright, come on. You can put your arm around me, I don’t give a crap, alright? What’s going on?”

The video of Little and the man has been viewed over 109,000 times on social media since the time of posting. It has also garnered praise from Congressman Andy Biggs, a representative from Arizona’s 5th District.

“Chandler Police Department Officer Aaron Little represents the very best of our East Valley law enforcement,” Biggs said. “I’m grateful for all of our law enforcement officers and the sacrifices they make to keep our communities safe.” JB

Chilling effect on media? Roque says ABS-CBN’s business is not news, but entertainment