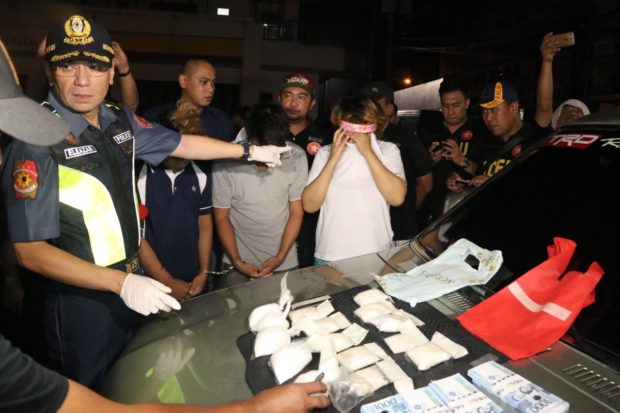 Police said they are members of a syndicate led by Ahmin Buratong, who is locked up at the New Bilibid Prisons facility in Muntinlupa City for drug related offenses.

Seized were one kilogram of shabu valued at P6.8 million; marked money worth P1,500;  P800,000 cash and the suspects’ utility vehicle.

The suspects have been targets of illegal drug operations in Pasig City but managed to elude arrest.

They are now under police custody at Camp Bagong Diwa in Taguig City and will be charged with violation of the Comprehensive Dangerous Drug Act of 2002.  (Editor: Gilbert S. Gaviola)