TEHRAN, Iran – Iran will surpass the uranium-stockpile limit set by its nuclear deal in the next 10 days, an official said Monday, raising pressure on Europeans trying to save the accord a year after the U.S. withdrawal lit the fuse for the heightened tensions now between Tehran and Washington.

The announcement by Iran’s nuclear agency marked yet another deadline set by Tehran. 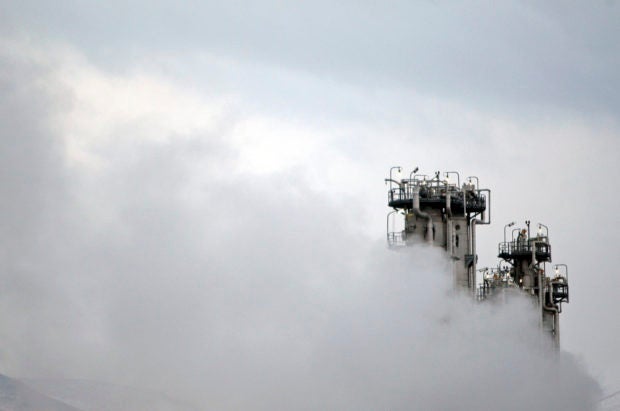 FILE – This Jan. 15, 2011 file photo, shows a part of Arak heavy water nuclear facilities, near the central city of Arak, 150 miles (250 kilometers) southwest of the capital Tehran, Iran. Iran will break the uranium stockpile limit set by Tehran’s nuclear deal with world powers in the next 10 days, the spokesman for the country’s atomic agency said Monday June 17, 2019, while also warning that Iran has the need for uranium enriched up to 20%, just a step away from weapons-grade levels. (Mehdi Marizad/Fars News Agency via AP, File)

President Hassan Rouhani already has warned Europe that a new deal needs to be in place by July 7 or the Islamic Republic would increase its enrichment of uranium.

Atomic energy spokesman Behrouz Kamalvandi suggested that Iran’s enrichment could reach up to 20%, just a step away from weapons-grade levels.

It appears as if Iran has begun its own maximum pressure campaign on the world after facing one from President Donald Trump’s administration that deeply cut into its sale of crude oil abroad and sent its economy into freefall.

Europe has so far been unable to offer Iran a way around the U.S. sanctions.

The development follows apparent attacks last week in the Strait of Hormuz on oil tankers, assaults that Washington has blamed on Iran.

While Iran has denied being involved, it laid mines in the 1980s targeting oil tankers around the narrow mouth of the Persian Gulf through which a fifth of the world’s crude oil passes.

“If this condition continues, there will be no deal” anymore, Kamalvandi said. He accused the Europeans of “killing time” as the clock runs down.

Rouhani, greeting France’s new ambassador to Tehran on Monday, similarly warned that time was running out on the deal.

“The current situation is very critical and France and the other parties to the (deal) still have a very limited opportunity to play their historic role for saving the deal,” Rouhani said, according to his website.

“At the moment, as of today, Iran is still technically compliant and we strongly hope, encourage and expect that Iran continues to comply,” Mogherini told journalists. She insisted she would await the next report on the issue from the U.N.’s nuclear watchdog, the International Atomic Energy Agency.

Under terms of the 2015 nuclear deal with world powers, Iran can keep a stockpile of no more than 300 kilograms (660 pounds) of low-enriched uranium. Kamalvandi said that given Iran’s recent decision to quadruple its production of low-enriched uranium, it would pass the 300-kilogram limit on Thursday, June 27.

The Vienna-based IAEA said last month that Iran remained within its stockpile limits and declined to comment on Iran’s announcement.

Kamalvandi said Iran would continue to allow the U.N. to inspect its nuclear facilities for the time being.

He also raised the specter of increasing its enrichment levels, saying Iran needs 5% enriched uranium for its nuclear power plant in southern Iranian port of Bushehr and 20% enriched fuel for its Tehran research reactor.

The nuclear deal limits Iran to enriching uranium only to 3.67%, enough for power plants and other peaceful purposes. /gsg