López Obrador said in the northern state of Chihuahua Saturday that the refusal to help foreigners in need is “anti-Christian,” adding that “we can’t turn our backs on them.” 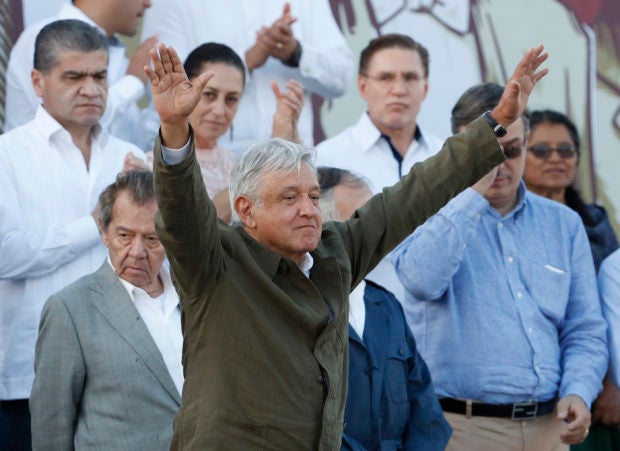 Mexican President Andres Manuel Lopez Obrador receives the applause of the crowd during a rally in Tijuana, Mexico, Saturday, June 8, 2019. Mexican President Andres Lopez Obrador held the rally in Tijuana even as President Trump has put on hold his plan to begin imposing tariffs on Mexico on Monday, saying the U.S. ally will take “strong measures” to reduce the flow of Central American migrants into the United States. (AP Photo/Eduardo Verdugo)

Mexico plans to deploy National Guard troops on Tuesday to its southern border with Guatemala as part of this month’s agreement to slow the arrival of migrants to the U.S.

Mexico has offered asylum to migrants with credible fears as thousands remain in the country while they await court dates for asylum petitions in the U.S. The Mexican refugee commission faces a backlog of cases.

López Obrador is also lobbying for international development aid to help Central Americans stay in their countries of origin. /gsg