ASUNCION, Paraguay – A nongovernmental organization in Paraguay is distributing free marijuana seeds so that mothers of chronically ill patients can produce CBD oil at home. 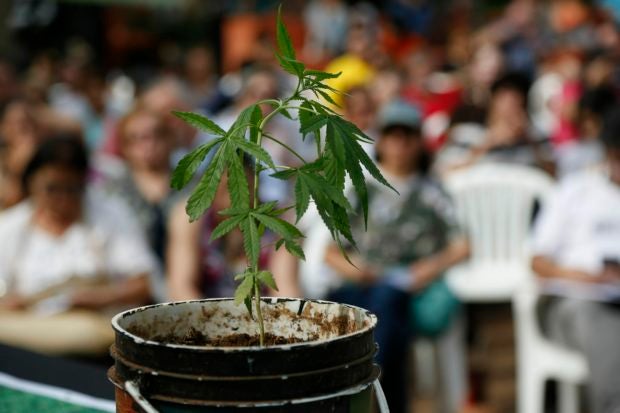 A marijuana seedling is shown at a free seed giveway by the Mama Cultiva NGO, in Asuncion, Paraguay, Saturday, June 15, 2019. Mama Cultiva is distributing free marijuana seeds so that mothers of chronically ill patients can produce CBD oil at home. (AP Photo/Jorge Saenz)

The distribution effort by Mama Cultiva at a public square in Asuncion on Saturday was also intended to pressure the government of President Mario Abdo Benítez to authorize home cultivation of the plant.

Former President Horacio Cartes enacted a medicinal cannabis law in 2018, but it has not taken effect because the health ministry has not issued regulations.

Activist Rebeca Soilán said: “We are not pessimistic, but the current government is delaying regulation while the sick suffer. The law says that oil must be delivered free of charge.”

Cannabidiol, or CBD, is a chemical found in marijuana which proponents say can relieve pain and anxiety. /gsg