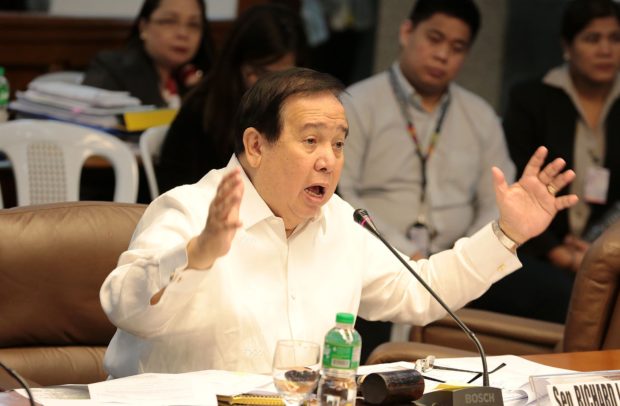 This was what Sen. Richard Gordon on Saturday said about the removal of the board members of the Philippine Health Insurance Corp. (Philhealth) in connection with the “ghost dialysis” scandal.

[Based on the law, if it’s proven that a person has done something wrong and he’s jailed, the action must be quick. Otherwise, people won’t believe that anything will happen. You can’t just remove him from office and then let’s just forget about the whole thing.]

This was due to the Aquino administration buying P3 billion worth of the dengue vaccine Dengvaxia in 2016 for a massive immunization campaign.

The Department of Health later halted the program on Dec. 1, 2017, after Sanofi Pasteur announced new finding that Dengvaxia worsened symptoms in vaccinated people who had no previous exposure to the dengue virus.

[A case has been filed. The problem here is that the courts commissioned are slow. Big cases should have priority.]