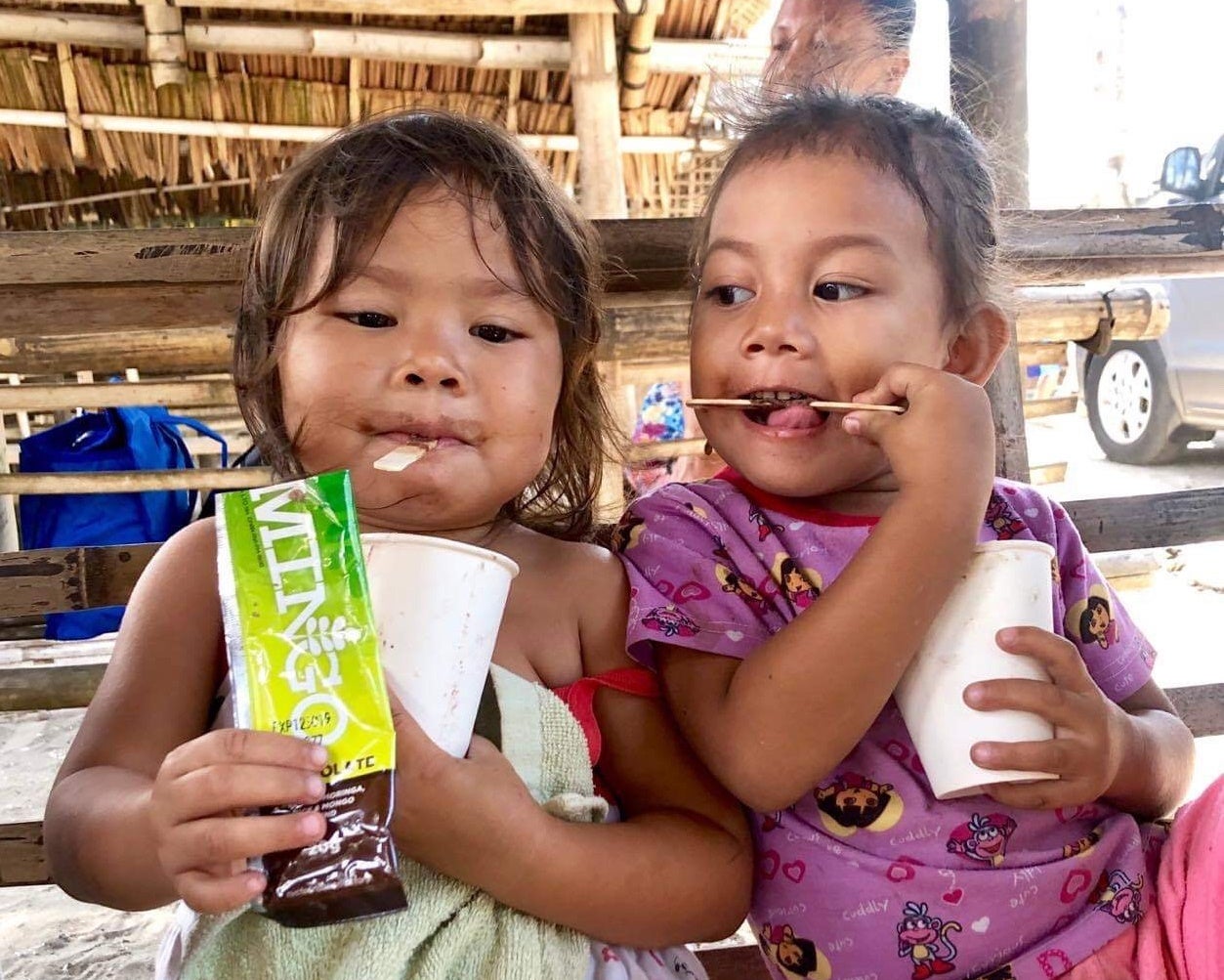 Children at a village in Bacolod City get a taste of nutritious mingo meals courtesy of Negros Volunteers for Change which aims to produce 10 million packs of these meals by January 2020. CARLA P. GOMEZ

This was the target of a nongovernmental organization (NGO) based in Negros Occidental, according to its leaders.

The Negrense Volunteers for Change (NVC) has launched this campaign which involved the production of 10 million mingo meals, an instant complimentary food made of rice, mung beans (mongo) and moringa (malunggay) for children aged 6 to 60 months old.

The FNRI is an agency under the Department of Science and Technology.

Capanzana called on private firms and individuals, and local government units to support NVC’s campaign to reduce, if not eradicate, child malnutrition.

Capanzana said three out of every 10 children in the country (30 percent) suffer from stunted growth because of lack of nutrition at an early age.

As an incentive to private firms and individuals who want to help, Capanzana said expenses on mingo meals are 100 percent tax deductible as a form of donation.

Unlike packed noodles being distributed at evacuation centers during disasters, which Capanzana said barely have any nutritional value, mingo meals are rich in nutrients.

Mingo meals come in powder form that can be consumed once mixed with water.

As of June 12, NVC raised donations for 8,329,413 mingo meals distributed to undernourished children in 37 provinces.

NVC president Millie Kilayko said the group was short of 1,558,295 meals to hit their 10 million target by January 2020.

She remained optimistic, though, that NVC would meet its goal and even surpass it in seven months.

“We would like to see a gradual decrease in the rate of malnutrition in the Philippines, because we see the nutritional transformation in every community that we have served,” she said.

Mingo meals had been found to decrease malnutrition rates by 80 percent in communities where these were introduced, Kilayko said.

Kilayko said the first six to 60 months of a child’s development are crucial because these are the periods for early brain development.

Improved nutrition after the age of three could not compensate for what the child had missed earlier, Kilayko said.

“Most feeding programs provided for children are given in schools but the curial period is before 3-years-old, and NVC has taken the path less taken,” she said.

She added that NVC had identified “geographically isolated and disadvantages areas” as priority beneficiaries.

That is the reason Kilayko said “many of the children we have already served belong to indigenous peoples.”

“They are harder to reach, but the challenge has become our mission,” Kilayko said.

She said NVC’s next stops would be a remote community in Calatrava in Negros Occidental, Lambunao in Iloilo and Davao del Norte.