Court: Evidence vs Jinggoy enough to convict if unrebutted 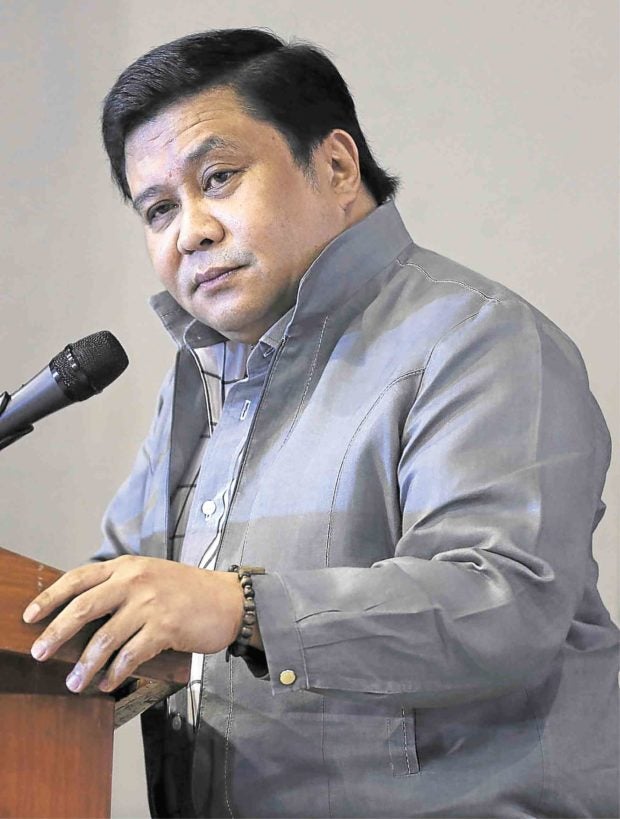 The Sandiganbayan’s Fifth Division on Friday denied the motion of former Sen. Jinggoy Estrada to have his plunder case dismissed, ruling that there was enough evidence to proceed with his trial.

In a unanimous resolution, the antigraft court threw out the demurrers to evidence filed by Estrada and his coaccused, plunder convict Janet Lim-Napoles, in connection with the P10-billion pork barrel scam.

Estrada had asked the Sandiganbayan in a pleading in April for permission to file a demurrer to evidence.

He is accused of funneling P183 million of his Priority Development Assistance Fund (PDAF) to bogus nongovernmental organizations (NGOs) controlled by Napoles in exchange for kickbacks.

In July 2013, the Inquirer exposed the alleged diversion of billions of pesos in PDAF allocations of senators and members of the House of Representatives to the fake NGOs. Several government-owned and -controlled agencies were allegedly used as conduits in channeling these funds to ghost livelihood projects.

Aside from the plunder case, Estrada is facing 11 counts of graft.

The decision was signed by all three justices of the Fifth Division, Associate Justice Rafael Lagos, the division chair, and Associate Justices Maria Theresa Mendoza-Arcega and Maryann Corpus-Mañalac.

No effect on bail

An accused can ask for the court’s permission to file a demurrer if he believes the evidence presented by the prosecution against him is weak. A demurrer asks the court to decide if there is enough evidence for the case to move forward.

Had the court granted the demurrer, Estrada would have been acquitted of plunder outright. Now he needs to present his own evidence in the trial.

The court’s denial of the demurrer has no effect on the temporary liberty of Estrada, who is out on a P1.33-million bail.

In December last year, Napoles was convicted of plunder in a similar case involving Senator-elect Bong Revilla Jr. She is detained at the Correctional Institution for Women.

But the Sandiganbayan granted Revilla’s demurrer and dismissed the cases of plunder and 16 counts of graft against him.

Revilla, who was accused of amassing P224.5 million in PDAF kickbacks, was instead ordered by the court to return the P124 million in his bank account that the court said was part of the pork barrel funds.

In filing his 115-page demurrer to evidence, Estrada cited a Supreme Court decision that acquitted former President Gloria Macapagal-Arroyo of plunder in 2016.

He also said the prosecution failed to prove that he was the mastermind or main plunderer in the plunder case.

But in Friday’s resolution, the antigraft court noted that the evidence presented by the prosecution was sufficient to establish that Estrada and Napoles were involved in the scheme.

“Based on the evidence on record, this court is convinced that the prosecution presented sufficient evidence, both testimonial and documentary, which established each element of the crime of plunder against the accused,” the court said.

The Sandiganbayan said it was up to Estrada and Napoles to present their evidence. Otherwise, the initial evidence presented by the prosecution supported a guilty verdict, it said.

“This, if unrebutted by contrary evidence, is sufficient to support a conviction for the crime as charged,” the court said.

Estrada, along with Revilla and former Sen. Juan Ponce Enrile, was indicted and ordered arrested in 2014 for his alleged involvement in the scheme that funneled P10 billion in PDAF allocations to ghost projects of Napoles.

In September 2017, after spending three years in detention, Estrada walked free after his bail petition was granted by the Fifth Division for insufficiency of evidence and on humanitarian grounds.

Estrada, who failed in his attempt to regain a seat in the Senate in May’s midterm elections, was the second “big fish” in the pork barrel scam to regain provisional liberty after Enrile, who was freed on bail in August 2015.

Enrile is accused of pocketing P172.8 million in kickbacks from his PDAF allocation. Apart from plunder, he was also charged with 15 counts of graft. —WITH A REPORT FROM INQUIRER RESEARCH