Hospital workers honor nurse who donated organs in her passing 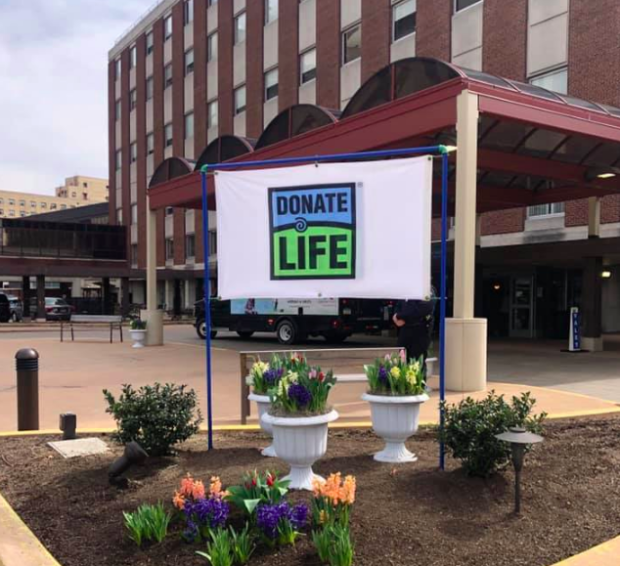 A “donate life” signage outside the University of Pittsburgh Medical Center. Image: Facebook/UPMC

More than 100 hospital workers lined the halls of a Pittsburgh hospital to give honor to a nurse who, in her passing, also donated her organs.

Fifty-eight-year-old Mary Desin has been a nurse at the University of Pittsburgh Medical Center’s Hamot hospital for 30 years, as per Good Morning America on June 12. Desin, who is also an organ donor, passed away after a brain aneurysm last May 31, prompting her colleagues to pay tribute to her.

Over a hundred emotional employees lined the halls of the hospital as Desin’s family wheeled her to the operating room where her organs were procured. Desin lay in a hospital bed, supported with a ventilator, as she was wheeled past her colleagues who stood to say their final goodbyes.

“Most everybody was crying. People I didn’t even know came up to me during the time and said how much they loved her and she helped them get further in their career,” Matthew, Desin’s son, said in the report. “I expected maybe 20 people from her times as an OR nurse and her current position to be there. I didn’t expect over 100 people to be impacted by her loss.”

Desin was clinically and legally deceased when she was pronounced brain dead, according to the report. As per her wishes, her organs were donated to those in need.

“What Mary was doing was very brave. [It was incredible] to see the lives that would be changed because of Mary’s gift,” said Donny McDowell, a senior nurse and a friend of Desin.

“The thing about Mary that I learned the most is that you always give and you keep on giving a little bit more.” Cody Cepeda/JB