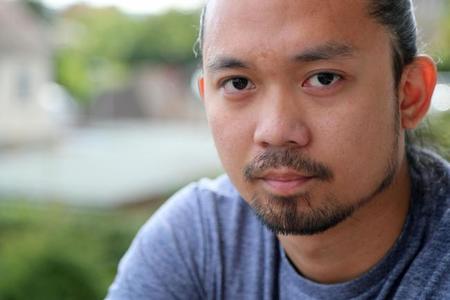 Filipino cardiac physiologist Paul Ermitano, his wife Jamila who is a nurse, and their 15-month-old son are facing deportation after a child benefit mix-up.

Ermitano, who works at Poole Hospital in Dorset, England, was found to have mistakenly claimed a £1,138 (about P80,000) benefit for his son. This amount has since been repaid by Ermitano, as per the BBC on Oct. 2, but last September, the Ermitanos work visas were refused by the Home Office.

Ermitano was recruited by the United Kingdom’s National Heath Service (NHS) back in 2015 following shortages in cardiac physiologists. Ermitano had to cancel 12 of his appointments on Monday, Oct. 1, after he was banned from working while on immigration bail.

“It has been a terrible experience. It was all going smoothly,” Ermitano said in the report. “Until the first letter saying, ‘Are you still claiming child benefit?’ I didn’t know, I didn’t know, it was a mistake.”

Many of Ermitano’s colleagues have since come out to offer their support and to protest the Home Office’s decision. Dr. Ben Neate, a colleague of Ermitano, came to Ermitano’s defense by putting up over the weekend an online petition at 38degrees.org, a non-profit political-activism organization in the U.K.

“Please grant a Visa extension to allow Paul Ermitano to keep working at Poole Hospital and his wife Jamila to have their baby safely under NHS care,” wrote Dr. Neate. “[They] are Filipino citizens who gave up their careers overseas and came to Poole over 3 years ago to tackle staff shortages in our NHS.”

Dr. Neate further appealed, “The Home Office are refusing to grant the family an extension on their visa stopping Paul carrying out the vital, life-saving heart scans that he is trained to do. They’ve been ordered to leave the country immediately.”

The deportation order, Dr. Neate reiterated, came after Ermitano briefly accepted child benefit for their son, which he has already paid back in full.

“The family have no means to support themselves financially and Jamila is due to give birth to their second child in [three] months time.”

As of this writing, Dr. Neate’s petition has earned over 5,600 signatures.

Meanwhile, consultant cardiologist at Poole Hospital Dr. John-Paul Carpenter worries that many people would suffer should Ermitano be deported.

“Without him, up to 70 people each week will be added to a growing waiting list,” Dr. Carpenter said, as per The Bournemouth Daily Echo today, Oct. 3. “This includes patients with cancer who would potentially be delayed starting life-saving treatment.”

“Paul performs heart scanning (echocardiograms) on a daily basis and we rely on him as part of our expert team. He has gained U.K. accreditation in echocardiography whilst he has been here and this is no mean feat!” the doctor stressed.

The Home Office, as per report, has since contacted the Ermitanos and will be reconsidering their application. Cody Cepeda/JB