MANILA, Philippines – Four robbery suspects met a bloody, violent death when they were gunned down in a shootout in Apalit, Pampanga on Thursday. 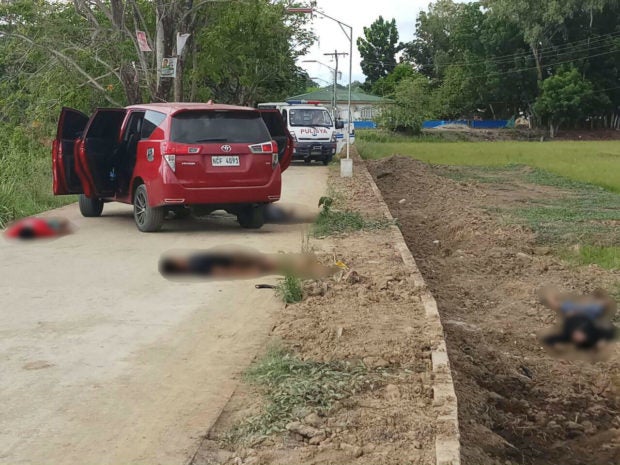 4 DEAD IN PAMPANGA SHOOTOUT. The four men who robbed a convenience store in Apalit, Pampanga were shot dead  after engaging in a shootout with the police Thursday morning. Photo courtesy of Apalit PNP

The Apalit police force reported that a concerned citizen informed the police of a robbery in a convenience store in Barangay San Vicente.

Police said the responding team tried to block the vehicle, but the suspects opened fire, triggering the shootout.

The four male suspects were killed on the spot.

Recovered from the scene of the encounter were two .45 caliber pistols, a .9mm pistol, the suspects’ vehicle and an still undetermined amount of cash. (Editor: Gilbert S. Gaviola)