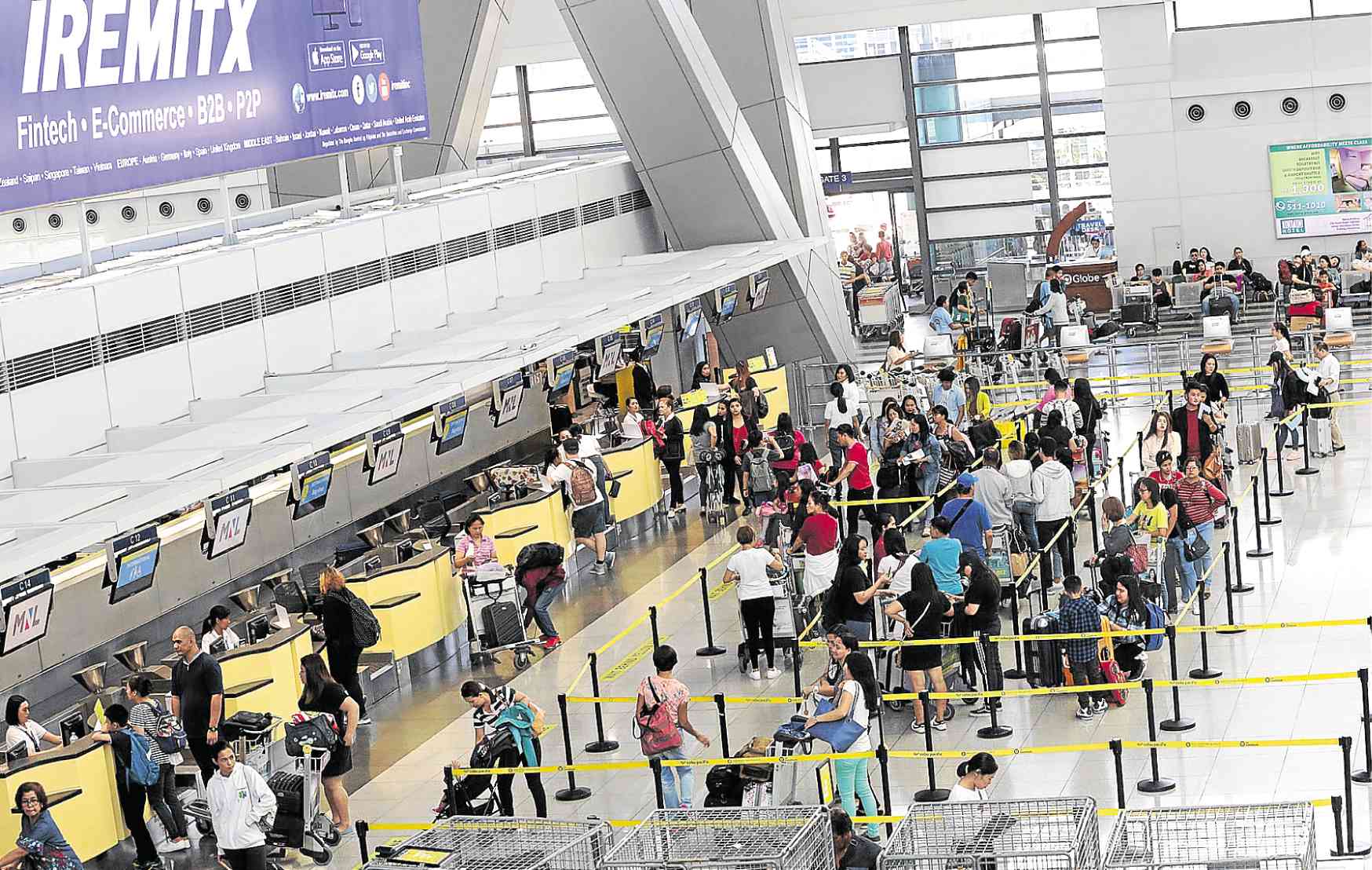 The Bureau of Immigration (BI) has reshuffled its officials holding key positions at the Ninoy Aquino International Airport (Naia) and two other airports as part of management’s thrust to revitalize operations.

“I have issued the personnel orders designating new officers who will supervise the TCEU not only at Naia but in the airports of Mactan and Iloilo as well,” Morente said in a statement.

“This is just the initial wave of a thorough revamp that we shall implement in our airports in the coming days,” he added.

Morente observed that many of the officers affected by the revamp had been in their posts for over two years, saying that it was time to let others serve.

He stressed that immigration officers at Naia perform a critical and important role in securing the country’s ports.

Grifton Medina, BI Port Operations Division chief, said the reshuffle was also aimed at preventing fraternization in the workplace — a major cause of corruption in government.

Read Next
‘Colorum’ drivers given enough time to submit papers
EDITORS' PICK
Powered by style, innovation and passion
Why Tagle is a leading papal contender
House energy committee chair Arroyo bats for cheap electricity
KWF has no power to ban, censor written works – Lagman
In Borongan, nuns play hoops (not mahjong)
A laptop that maximizes your WiFi so you can maximize your productivity
MOST READ
Zubiri on SRA mess: Shameful, disgusting
Why Tagle is a leading papal contender
Arjo Atayde reveals proposal to Maine Mendoza was ‘more than a year’ in the making
SRA officials should resign after ‘illegal sugar order’ – Zubiri
Don't miss out on the latest news and information.