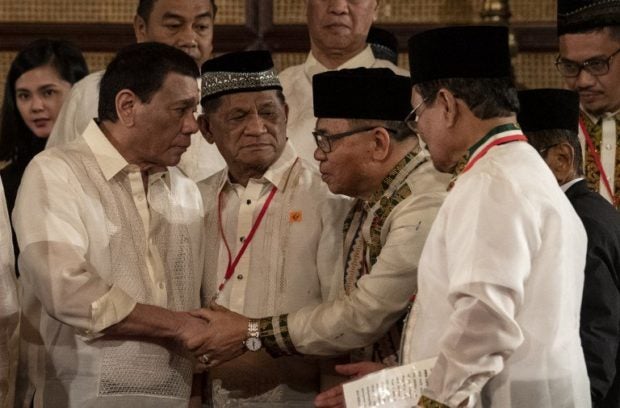 MANILA, Philippines — President Rodrigo Duterte encouraged on Wednesday Moros in Mindanao to exploit their resources following the establishment of the Bangsamoro Region.

“Now that you have the BOL [Bangsamoro Organic Law], I guarantee you, [you can] exploit your resources. Hurry up. Nobody else will touch Liguasan Marsh, That’s yours. That was my commitment to you,” Duterte, speaking partly in Filipino, said during the 121st Independence Day commemoration in Malabang, Lanao del Sur.

“You don’t have the money. Look for partners. Exploit your territory of the riches. That’s for your children. That’s no longers yours. That was really reserved for our children. Exploit it. Exploit the natural resources and make the Moro rich,” he added.

The President has repeatedly promised Moros that untapped oil reserves at Liguasan Marsh in Maguindanao would not be touched by the government.

He also reiterated that he would be open to reaching out to Nur Misuari, founding chairman of Moro National Liberation Front (MNLF), and establish a similar pact for the continuity of peace in Mindanao.