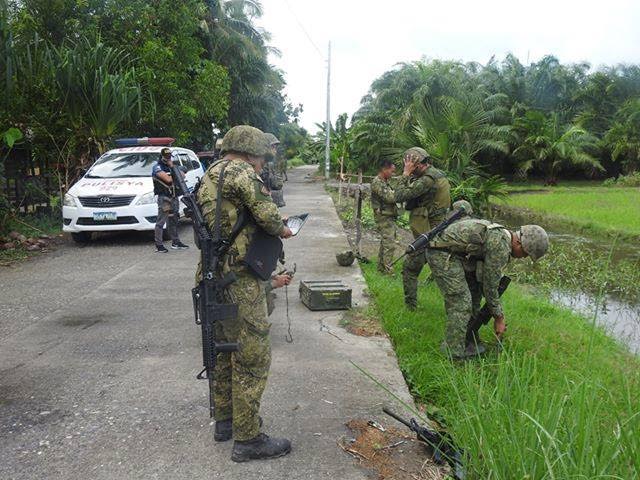 Soldiers check on the firearms seized from a gun factory of the Islamic State-linked Bangsamoro Islamic Freedom Fighters (BIFF) beside the highway in Barangay Midconding, General SK Pendatun, Maguindanao. Photo from 6th ID

PRESIDENT QUIRINO, Sultan Kudarat —  The military here announced today the discovery and seizure of a gun repair shop and factory in General SK Pendatun, Maguindanao while serving an arrest warrant on a  wanted person on Tuesday, June 11.

But Buka fled before government forces arrived in the village.

Lt. Col. Elmer Boongaling, 33rd IB commander, said civilians and village officials have attested that Buka was manufacturing firearms for the BIFF and was involved in illegal drug activities in General SK Pendatun.

He said civilians tipped off the Army about Buka’s presence in the village.