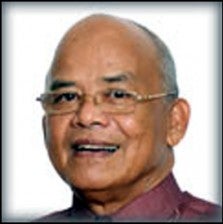 MANILA, Philippines – Police investigating the attack on partylist Representative Ranulfo Canonigo on December 11 in Marikina City are now pursuing the angle of political in-fighting to solve the case, a police official said.

Labadlabad, in a privilege speech on Wednesday, said that Canonigo, a second-termer, was being pressured to resign as Kakusa president prior to the attempt on his life.

Canonigo had just arrived at his house in Barangay Concepcion Uno past 5 p.m. and was sitting inside his Suzuki van when he was assaulted by a gunman while three others, police said, served as lookouts.

According to Filomino Saranilla, Canonigo’s security aide, he heard three shots as he and the lawmaker’s driver and stepson, John Paras, opened the gate to park the vehicle.

The 62-year-old lawmaker is still confined at St. Luke’s Medical Center in Taguig City, but Lopez said he was in stable condition.

“At this point, any kind of information is welcome,” Lopez told the Inquirer.

For the investigation to move forward, Lopez added that investigators were also hoping Canonigo could shed light on the identity of the gunman.

Police said that only the lawmaker had a clear look at his attacker’s face.

What is known so far, according to Lopez, was that the gunman wore a bull cap and a white T-shirt, based on the account of a passerby.

Canonigo was supposed to have given his sworn statement to police on Friday, but because of his condition, Lopez said this did not push through.

He said that the police would have probably gathered the information by next week.

In a previous interview, Lopez said that they would release a sketch of the gunman based on Canonigo’s description.