MANILA, Philippines – Speaker Gloria Macapagal-Arroyo rallied Filipinos on Wednesday to continue fighting for the country’s freedom from the shackles of poverty as the nation commemorates its 121st Independence Day. 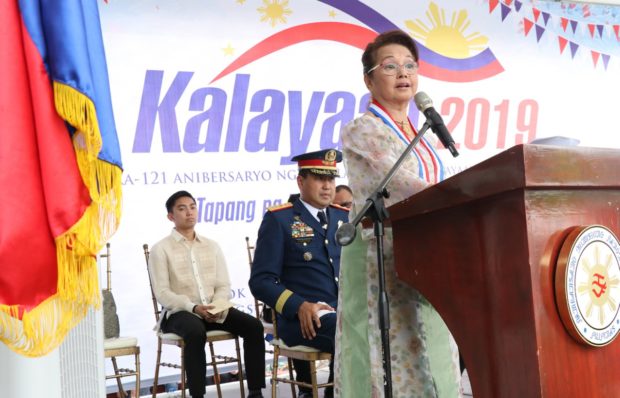 (Our forefathers fought for independence, our generation must fight for freedom from poverty).

The outgoing Pampanga 2nd District congresswoman also said she hopes that the administration of President Rodrigo Duterte would realize its goal of reducing the poverty rate to 14 percent in 2022.

The nationwide poverty incidence in the country was at 21 percent in the first half of 2018, according to the Philippines Statistics Authority.

Arroyo said she is hopeful that the trend of reducing the poverty rate, which was sliced to 26 percent (from 39 percent) at the end of her term, will be sustained more than two decades later.

“Kung makakamit ito, tagumpay ito ng buong henerasyon (It will be the success of the entire generation if such is realized),”  Arroyo, an economist, added.

Arroyo also reminded every citizen of their responsibility to preserve the country’s independence for future generations.

(Filipinos at this time need to be more united as a nation under the leadership of President Duterte.)

The lawmaker further recounted how her father, the late President Diosdado Macapagal, in 1962 changed the date of Philippine Independence Day from July 4, 1946, to June 12, 1898.

The first date was when the United States of America granted independence to the Philippines, while the second was the date Aguinaldo declared the country free from Spanish conquerors.  (Editor: Gilbert S. Gaviola)