LOOK: Cops stop protesters from marching toward US Embassy 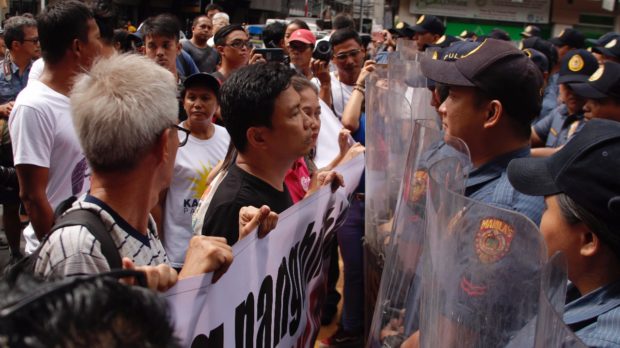 Protesters and anti-riot policemen face each other during a rally in Manila for Wednesday’s remembrance of Independence Day. INQUIRER.net photo / Gabriel Pabico Lalu

MANILA, Philippines — Different militant groups, led by the Bagong Alyansang Makabyan (Bayan), on Wednesday staged demonstrations along T.M. Kalaw Avenue in Manila to protest what they claimed as a “fake” Independence Day. 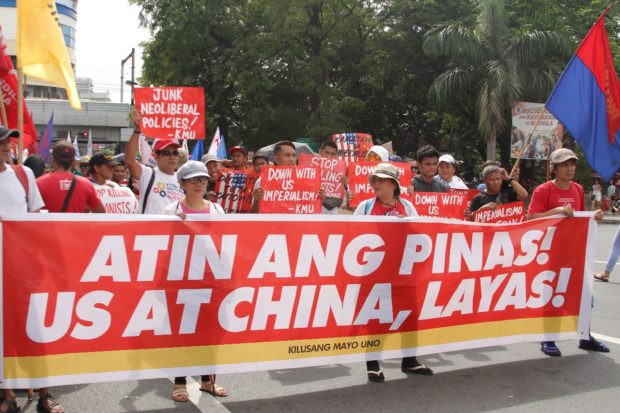 The groups, composed of party-lists Gabriela, Bayan Muna, Kabataan, Anakpawis, Alliance of Concerned Teachers, and other organizations such as Kilusang Mayo Uno and Agham have convened together as they brought placards and banners containing messages denouncing the intrusion of China and United States in the country’s affairs particularly in the issue on South China Sea. 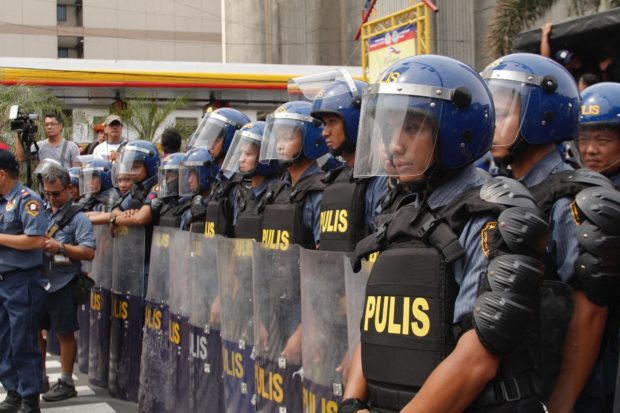 The group members later attempted to march toward the US Embassy but personnel from the Manila Police District civil disturbance units and National Capital Region Police Office Regional Mobile Force Battalion stopped them at the corner of T.M. Kalaw and Roxas Boulevard.

The groups were eventually allowed to occupy a portion of Roxas Boulevard until the end of their program. An organizer said the protesters will later move to the Chinese Consulate office for the second part of their demonstration. (Editor: Jonathan P. Vicente) 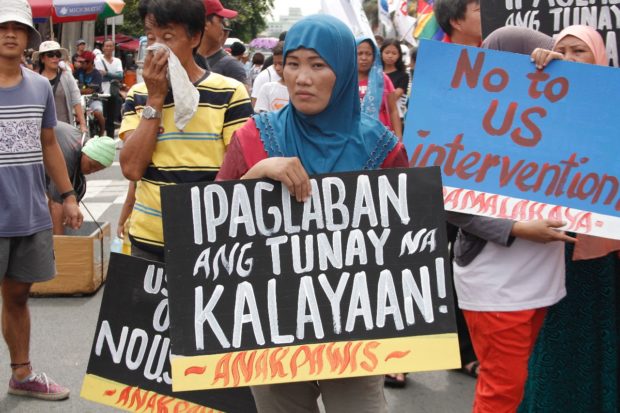 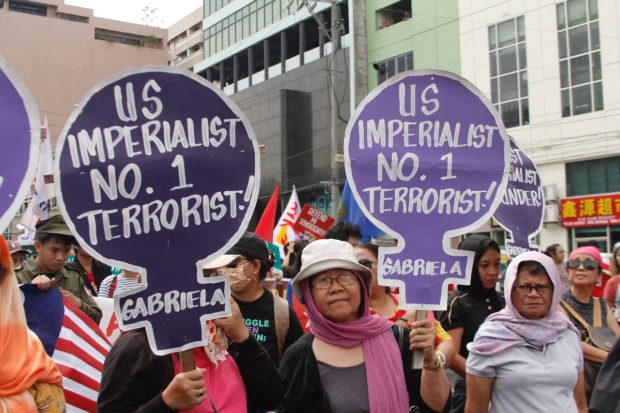 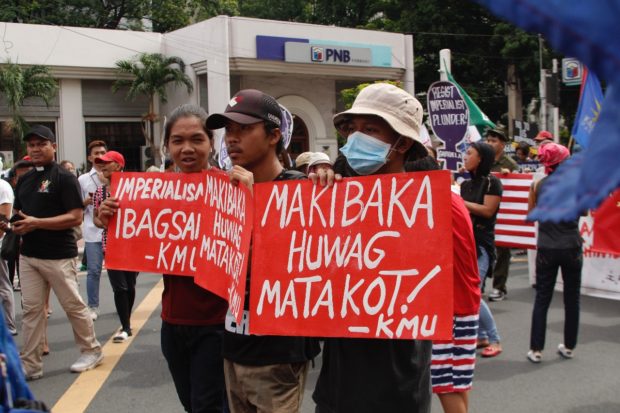 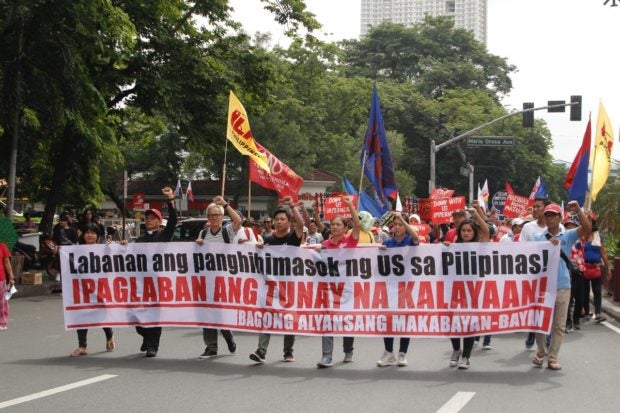