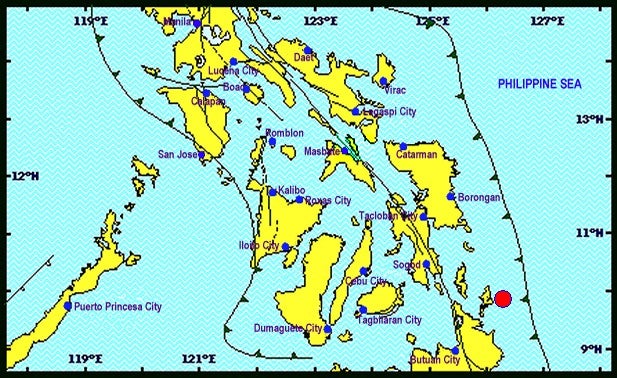 The first earthquake measuring magnitude 4.5 was recorded at 1:42 a.m. in an area 17 kilometers southeast of the town of General Luna and at a depth of 13 km.

The quake was felt at Intensity 4 in the towns of General Luna and Dapa, the Philvocs said.

Philvocs said it was felt at Intensity 3 in both Genral Luna and Dapa.

No aftershocks or damage were expected from the twin earthquakes, both of which were tectonic in origin.