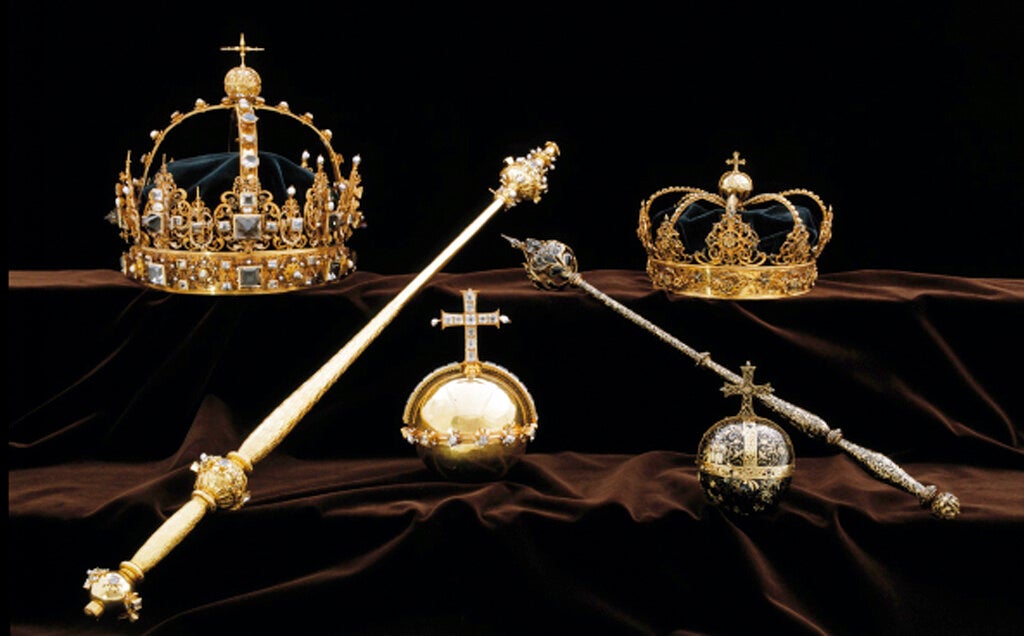 STOCKHOLM  — A second man was sentenced Tuesday to three years in prison in connection with the theft of 17th-century royal treasures estimated to be worth 65 million kronor ($7 million) from a cathedral west of Stockholm last year.

Martin Cannermo was convicted of complicity in stealing two crowns and an orb used at the funerals of King Karl IX and Queen Kristina, the Attunda District Court said.

The man, whose DNA was found on the regalia, had denied any wrongdoing.

Cannermo received a lower prison sentence because he had been instrumental in helping to recover the items, the court said. He told the court that the reason his DNA was found on them was that he had handled the treasures so that they could be recovered.

In February, the main suspect, Johan Nicklas Backstrom, was given four-and-a-half years in prison for stealing the jewels from Strangnas Cathedral. Backstrom had confessed to stealing the objects on July 31 but declined to say if he had accomplices.

The jewels were discovered Feb. 5 in a garbage bin north of Stockholm.

The heist made international headlines because two thieves were seen dashing away from the 13th-century red-brick church on stolen bicycles and then fled by motorboat via the vast system of lakes west of Stockholm.

The treasures were used as funeral regalia, which were placed inside or on top of a coffin to symbolize a deceased royal’s identity and social ranking. While some funeral objects are kept in the cathedrals of Strangnas, Uppsala and Vasteras, Sweden’s crown jewels are in vaults under the Royal Castle in Stockholm.

Read Next
US Catholic bishops convene to confront sex-abuse crisis
EDITORS' PICK
World-standard accounting: Unlocking your financial potential
Water remains our saving grace right now
Defend Your Health! Shop health essentials from home with Rose Pharmacy’s Online Sale
COVID-19 wards in 2 more hospitals reach full capacity
Navotas will be on lockdown from July 16 to 29 – Tiangco
Chatting with companions, answering calls on MRT 3 trains banned
MOST READ
‘I am not my father,’ says daughter of lawmaker who voted to deny ABS-CBN franchise
In slap on face of PH, China replies to Locsin on tribunal ruling: It’s invalid
Vilma Santos-Recto ‘prepared’ to face ‘consequences’ over ABS-CBN franchise vote
Did a meme get on Agot Isidro’s nerves? She’s asking ’24 Oras’ to fact-check it
Don't miss out on the latest news and information.