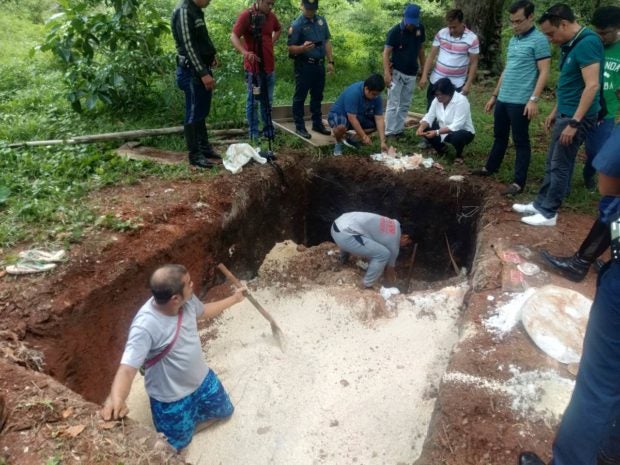 Workers unearth piles of unspoiled food buried in a 10-foot deep hole inside the Manila Boystown, a facility for children and the elderly. PHOTO FROM DOMAGOSO’S OFFICE

MANILA, Philippines — A 10-foot hole inside a controversial facility for abandoned children and elderly yielded piles of food stuff which Mayor-elect Isko Moreno Domagoso said were signs of a sabotage against his incoming administration even at the expense of the needy.

Domagoso on Monday (June 10) said heaps of rice, sugar, coffee, noodles, oatmeal and chocolates were buried in the hole but these were not spoiled or past their expiry dates.

“The food stuff was not spoiled,” said Domagoso, who defeated outgoing Mayor Joseph Estrada by a landslide and became one of the young politicians able to topple a political dynasty.

“These are still fit to eat and could still benefit children and the elderly living in Boystown and who have nothing to eat,” Domagoso said.

“This is clearly an attempt to sabotage the city government of Manila,” he said in a statement, referring to his incoming administration.

“These are government property,” Domagoso said. “If they would be thrown away, the head of the center should be informed,” he said.

“This is clearly sabotage,” he added.

Domagoso conducted an inspection in response to social media reports that food products had been dumped at the Boystown in an attempt to hide these from the incoming administration.

The mayor-elect said he would order an investigation as soon as he assumes office in July.

“We will investigate this and bring the callous persons behind this plot to lay food to waste to justice,” Domagoso said. “Don’t they know that many people are hungry? Didn’t they have pity on the situation of those who don’t have anything to eat?” he said.

Reports of child wards being tortured and abused and other residents of the facility being starved had been rife during the rule of Estrada as Manila mayor. (Editor: Tony Bergonia) 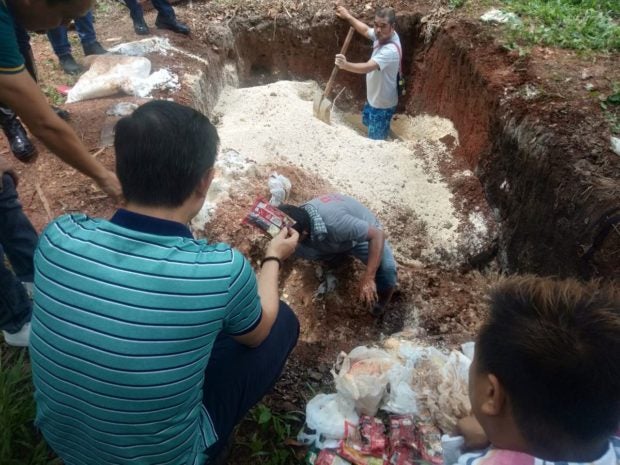 Workers unearth piles of unspoiled food buried in a 10-foot deep hole inside the Manila Boystown, a facility for children and the elderly. PHOTO FROM DOMAGOSO’S OFFICE