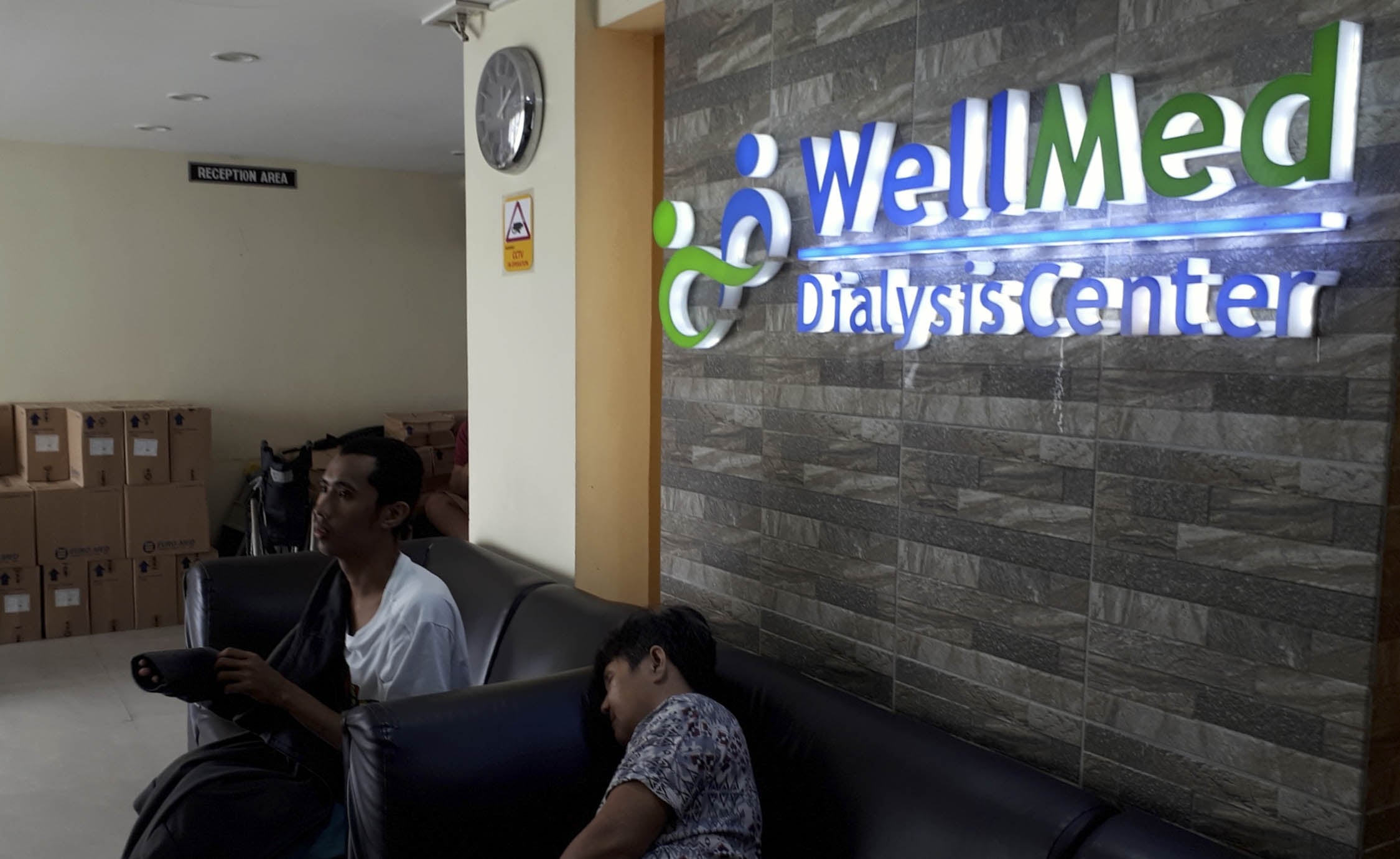 VEHEMENT DENIAL Lawyers for WellMed Dialysis Center say their client “vehemently denies” allegations by its two former
employees that the clinic had been collecting payments for the dialysis of patients who have long died or have discontinued the
treatment using funds from the state-run Philippine Health Insurance Corp. —INQUIRER PHOTO

President Duterte has ordered Philippine Health Insurance Corp. (PhilHealth) to file criminal charges against those involved in the use of public funds to finance so-called ghost dialysis treatments.

In a statement, presidential spokesperson Salvador Panelo on Friday said Malacañang was “deeply concerned” about the allegations involving PhilHealth and the “reported anomalies in connection with bogus kidney dialysis treatments.”

Panelo was referring to allegations by two former employees of WellMed Dialysis Center, which were first reported by the Inquirer on Wednesday, that the clinic continued to collect PhilHealth payments for patients who had died or who had discontinued getting dialysis treatment from it.

Lawyers for WellMed said their client “vehemently denies” the allegations, adding that they would file charges against the two former employees.

“The President directs the management of PhilHealth to institute criminal actions against those officials and employees who wittingly or unwittingly allowed such misuse of funds to take place for years,” Panelo said in a statement.

“The President instructs the institution’s acting president to submit a detailed report on these irregularities,” he said.

Panelo noted that although PhilHealth had initiated moves against those allegedly involved in the fraud, the agency had only filed administrative complaints.

He said the Duterte administration was “steadfast in its goal to eliminate corruption in all levels of the bureaucracy.”

“All persons involved in the alleged fraud will be prosecuted and face accountability. They shall reap the harshest penalty imposed by law. Nothing can shield them from prosecution and punishment,” Panelo said.

The former employees of the dialysis clinic lamented what they said was the slow pace of PhilHealth’s inquiry into the scheme.

Earlier, PhilHealth said there was “strong evidence” that the dialysis center had been defrauding the government of public funds.

Panelo said the Duterte administration was “steadfast in its goal to eliminate corruption in all levels of the bureaucracy.”

“All persons involved in the alleged fraud will be prosecuted and face accountability. They shall reap the harshest penalty imposed by law. Nothing can shield them from prosecution and punishment,” Panelo said.

“We will put a stop to this corruption and we will make sure that the law on universal health care is strictly enforced,” he added.

The two former WellMed employees, Edwin Roberto and Liezel Santos, claimed the alleged fraud scheme started in 2016, an allegation denied by the clinic.

“The law firm of Gargantiel Ilagan & Atanante would like to inform the public that its client, WellMed Dialysis Center (WellMed), vehemently denies the accusations of its former employees,” the clinic’s lawyers said in a statement on Thursday night.

“As a PhilHealth-accredited health care provider, WellMed has remained and will remain faithful to its commitment with PhilHealth. WellMed wishes to assure its clients and the public in general, that it has taken positive steps to prevent a similar scheme from ever being perpetrated again,” the lawyers’ statement said.

“Our client will not be intimidated by these harassment tactics by their former employees and will be filing appropriate criminal charges against Mr. Roberto and Ms Santos,” it added.

PhilHealth officials said on Thursday that there was a move to withdraw WellMed’s accreditation as a freestanding dialysis center following the allegations. —WITH REPORTS FROM MARIEJO S. RAMOS AND JOVIC YEE