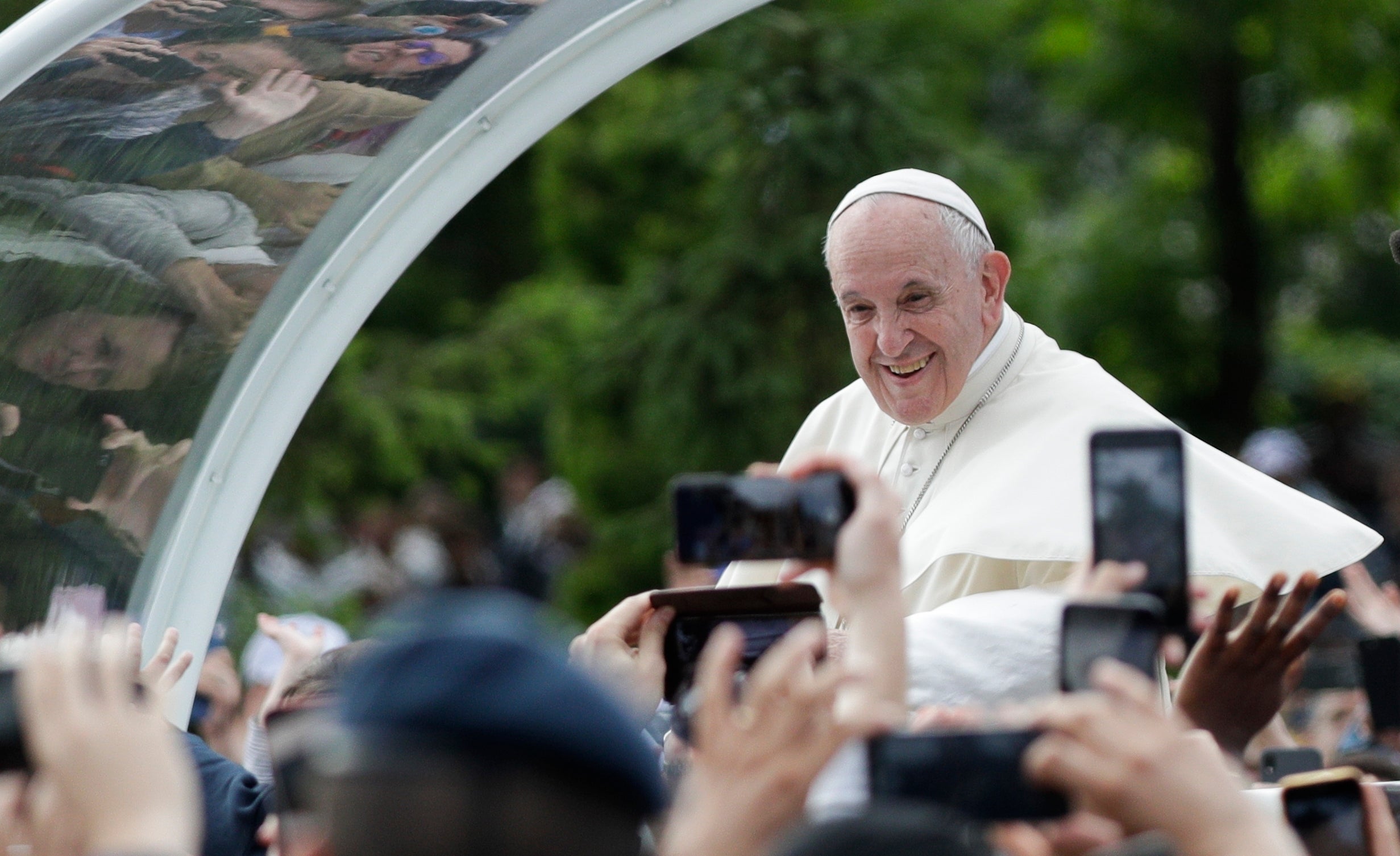 Pope Francis is driven through the crowd as he arrives for a meeting with young people and families, in Iasi, Romania, Saturday, June 1, 2019. (AP Photo/Andrew Medichini)

Pope Francis has approved an edit of “The Lord’s Prayer,” which was said to have been authored by Jesus himself.

According to The Guardian, a UK-based international print and online news outfit, Francis risked incurring the ire of traditionalists by approving a change to the wording of The Lord’s Prayer.

The report said the change was approved by the general assembly of the Episcopal Conference of Italy last May and would appear in the third edition of the Messale Romania, the liturgical book used for Mass.

The Guardian said Francis, as early as 2017, had already expressed conviction that the words should be changed because “it was not a good translation because it speaks of a God who induces temptation.”

“I am the one who falls. It’s not him pushing me into temptation to then see how I have fallen,” The Guardian quoted Francis as saying in an interview with an Italian television station.

“A father doesn’t do that; a father helps you to get up immediately. It’s Satan who leads us into temptation – that’s his department.”

Read Next
Zagu workers go on strike to protest ‘union busting, contractualization’
EDITORS' PICK
SM prepares for ‘safe malling’
Leveling up your ‘lutong bahay’ with the kitchen companion you never knew you needed
Notice of 2020 regular meeting of stockholders June 18, 2020
P2.2 trillion in losses: Cost of COVID-19 impact on PH economy
NBI, Immigration to join hunt for ‘underground’ medical clinics
2 Chinese nationals arrested in raid on another unlicensed COVID-19 hospital in Pampanga
MOST READ
NCR is ready for GCQ — Palace
Revillame tells Roque: ABS-CBN is in my heart despite being in rival network
Filipino kids in Ireland orphaned due to COVID-19
Metro Manila mayors told: Keeping bus, jeepney ban ‘catastrophic’
Don't miss out on the latest news and information.

Filipino kids in Ireland orphaned due to COVID-19