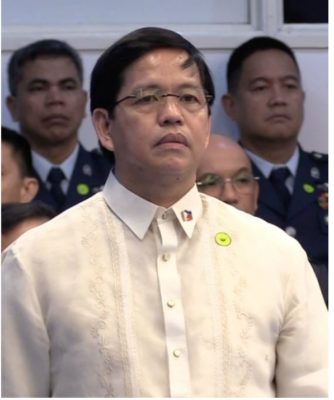 MANILA, Philippines —  Social Welfare Secretary Rolando Bautista finally broke his silence Friday and asked Erwin Tulfo to prove the sincerity of his apology by admitting his mistake through various media platforms as well as donating P300,000 to select institutions.

In a statement, the former Army chief said he would accept the radio personality’s apology if he admits his mistake by publishing them in major newspapers, on radio stations, and in his social media accounts.

Bautista, at the same time, thanked his supporters as well as those who sympathized with him.

Instead of paying him for damages to his reputation, Bautista said Tulfo should donate P300,000 to all institutions where he is and had been part of.

READ: Albayalde: I was also hurt by Tulfo’s remarks on DSWD Secretary Bautista

Tulfo earlier drew the ire of many with his on-air tirades against the retired Army chief whom he called crazy. Tulfo even threatened to slap Bautista for not granting his request for a live interview on his radio program.

Tulfo’s outburst led to the recall of  police escorts assigned to him and his brothers. The Philippine National Police has also ordered the surrender of Tulfo’s firearms, saying his license to own and possess firearms already expired in May.