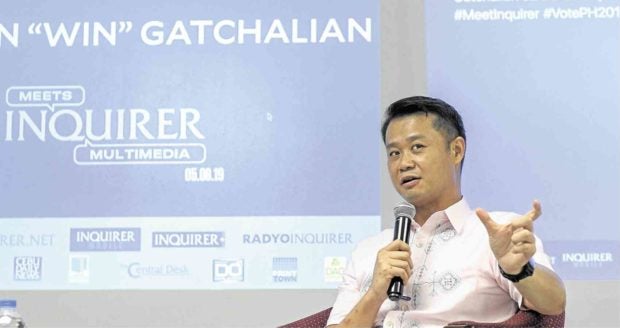 MANILA, Philippines — Senator Sherwin Gatchalian urged the government on Friday to fast-track its full implementation of the Pantawid Pamilyang Pilipino Program (4Ps) to protect “underprivileged” Filipinos from the impact of inflation.

“While the increase in last month’s inflation rate is minimal, the government should nevertheless expedite the full implementation of the Pantawid Pamilyang Pilipino Program (4Ps) Law,” Gatchalian said in a statement.

“This will shield our underprivileged countrymen from rising prices of basic commodities and help reduce the number of Filipino families that consider themselves poor,” he added.

4Ps is a human development measure that grants the poorest of the poor Filipino households cash assistance after complying with conditions.

The Philippine Statistics Authority (PSA) earlier announced that the country’s headline inflation rate rose by 3.2 percent in May, compared the 3.0 percent recorded in April 2019.

The uptick in the country’s inflation rate was the first time after six months of consecutive slowdowns, the PSA said.

READ: May inflation rate rises to 3.2% after 6-month slowdown

The senator pointed out that in 2018, many Filipinos suffered from the effects of inflation due to the slow implementation of social mitigating measures.