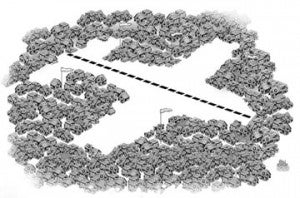 It’s still a long way off, but since Rep. Tomas Osmeña of Cebu City’s south district floated anew a proposal to move the international airport from Lapu-Lapu City to Cordova town.

It’s backed up with a serious offer from retail giant SM, so it’s worth talking about.

In a letter to airport manager Nigel Paul Villarete, SM Prime Holdings president Han Sy said they are prepared to buy the 300-hectare lot occupied by the Mactan Cebu International Airport if it’s really up for sale or privatization.

A buyout, according to Osmeña, would earn more than enough to finance the airport transfer proposed by Cordova Mayor Adelino Sitoy.

Sitoy’s eye is also on a reclamation project in Cordova town, a plan that has been floated since the 1980s, covering a wide area up to 1,000 hectares of foreshore land.

Building a new airport would require reviving this ambitious plan.

If you look deeper, earlier studies were already made about the potential impact of the Cordova reclamation project on the marine environment, the small-scale fishermen who eke out a livelihood in the coast, the cost of relocation, the volume of filling materials to be extracted from the mountains to extend the shoreline, etc.

These are factors to be weighed as well in all the excited talk about the commercial value of the airport property and the new investments to be made by relocating the facility.

One of the biggest stakeholders whose view should be sought is the tourism industry itself.

Mactan is a vital gateway to southern Philippines.With 1.3 million visitors, domestic and foreign, entering Cebu yearly, Cebu’s status as the no. 1 tourist destination in the country could easily get upset if a major change in the gateway is made without comprehensive planning.

What we don’t need is a get-rich-quick scheme of development that shortcuts this deliberate process.

If the controversial flyovers in Cebu City are any measure of the quality of planning that goes into public infrastructure, let’s bother to keep the whole process as transparent and objective as it can be.

Vigilant stakeholders and an informed citizenry can spell the difference between an instant project that benefits a few, to a sound public investment.

There’s new knowledge that we didn’t have decades ago, such as the real threat of Climate Change and the rise in sea levels that can be forecast in years ahead.

Computerized models showing wave action and heightened sea levels in coastal areas include a scenario for Cebu island. (That video is sometimes played in environmental forums. Guess what Mactan island and southern Cebu City looks like.)

So it’s good to talk about what an airport transfer to the foreshore of Cordova would mean, and not leave it to business moguls or sea waves to determine that progress.

Read Next
Christianizing Christmas
EDITORS' PICK
Smart three-peats as country’s fastest mobile network – Ookla
Would the military allow me to stay this long if I’m inutile? – Duterte
In good spirits: SMDC helps farmers and residents through Kadiwa Market
Pre-order the new vivo Y20s [G] to get a free TWS earphone
65% of Filipinos say Duterte’s health should be made public – SWS
DSWD chief admits ‘slow start’ in distribution of aid in ‘NCR Plus’
MOST READ
Vico Sotto frets getting photos of ‘butt vaccination’ from Pasig dwellers
Metro Manila to have shortened curfew hours from 8 p.m. to 5 a.m. under MECQ
San Miguel Corp. continues to invest heavily in the Philippines’ future
COVID-hit Roque slams ‘un-Christian’ query on how fast he secured hospital bed
Don't miss out on the latest news and information.