Prince Harry is ‘terrific’ in the eyes of Trump, but keeps distance from President

From an outsider’s perspective, it appears US President Donald Trump received the royal treatment during a state visit to the United Kingdom from June 3 to 5.

A state banquet was held on Tuesday, June 4, to welcome Trump and his family, with Queen Elizabeth II hosting the occasion.

The Duke and Duchess of Cambridge attended the #USStateVisit Banquet, hosted by Her Majesty The Queen at Buckingham Palace. In a speech at the Banquet, The Queen said: Tonight we celebrate an alliance that has helped to ensure the safety and prosperity of both our peoples for decades, and which I believe will endure for many years to come. Visit @TheRoyalFamily to see more from the #USStateVisit. 📷PA

Missing during the event were Prince Harry and Meghan Markle. The Duchess of Sussex had not been scheduled to attend any of the events, given that she is on maternity leave. Harry was not expected at the event either, though Prince William and Kate attended.

Prior to his visit, Trump called Meghan “nasty,” as per a June 1 report in The Sun.

Back when she was an actress, Meghan said in 2016 that Trump was “misogynistic” and “divisive.” The POTUS was asked about these comments by The Sun, to which he said, “I didn’t know that. What can I say? I didn’t know that she was nasty.”

He later said that she would make “a very good” American princess.

Following reports of his “nasty” comment, he took to Twitter to deny it and said it was “made up by Fake News Media.”

This may have had an effect on Harry’s interactions—or lack thereof—with the First Family. He was present at a private luncheon with the Trumps on Tuesday and appeared to be escorting the president’s daughter, Ivanka Trump.

The luncheon included a walk through the royal collection, which houses American artifacts. As per The Daily Beast on Tuesday, Harry left the event when he saw that it was being filmed.

Trump, however, was all praises for the royal family—including Meghan and Harry—during an ITV interview aired on Wednesday.

“I said: ‘Well I didn’t know she was nasty.’ I wasn’t referring to she’s nasty, I said ‘she was nasty about me,’” he said in the interview.  “I think she is very nice. Honestly, I don’t know her.”

When asked if he had met Harry, he replied, “I did. I congratulated him and I think he’s a terrific guy. The royal family is really nice.” 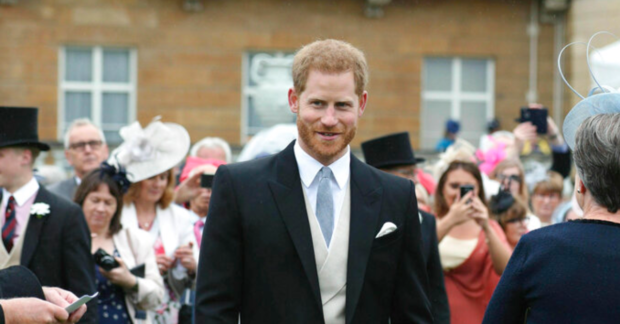 Did Prince Harry give a royal snub to Donald Trump?  Image: Yui Mok/Pool Photo via AP

Though Trump had pictures with the Queen, heir-to-the-throne Prince Charles and wife Camilla, as well as the Queen’s second Prince Andrew, he had none with William and Kate.

Could this be interpreted as a snub? William, Kate and Harry have been captured in friendly interactions with former US President Barack Obama and wife Michelle during multiple occasions, and have had a photo-op together at Kensington Palace. Obama even had the chance to meet Prince George when he was a toddler.

Trump’s royal connections in the past have been less than diplomatic.

Back in 2012, Trump tweeted about paparazzi’s pictures of a topless Kate: “Who wouldn’t take Kate’s picture and make lots of money if she does the nude sunbathing thing. Come on Kate!”

In 2015, British TV host Selina Scott recalled in a Sunday Times column that the POTUS, then a businessman, would repeatedly send flowers to the late Princess Diana’s home in Kensington Palace. Scott claimed that Diana said, “He gives me the creeps.”  Niña V. Guno /ra

Read Next
Hit Paris Tutankhamun show gets extended run
EDITORS' PICK
Cebu City closes its borders
BREAKING: 1,075 people in PH has coronavirus disease – DOH
Style and music journeys with Claudia Barretto
DILG to stranded workers: ‘Stay where you are’ until Luzon-wide quarantine is over
UP-PGH wards for COVID-19 patients finished in 5 days
IATF: Food firms to operate with 50% of workforce during Luzon quarantine
MOST READ
Pacquiao to seek probe on leaked private letter from Barangay Dasmariñas
Tootsy Angara bares neighbor wanted them out of village
McCoy bares devastating effect of failed romance with Elisse
What awaits medical volunteers in DOH drive vs coronavirus
Don't miss out on the latest news and information.