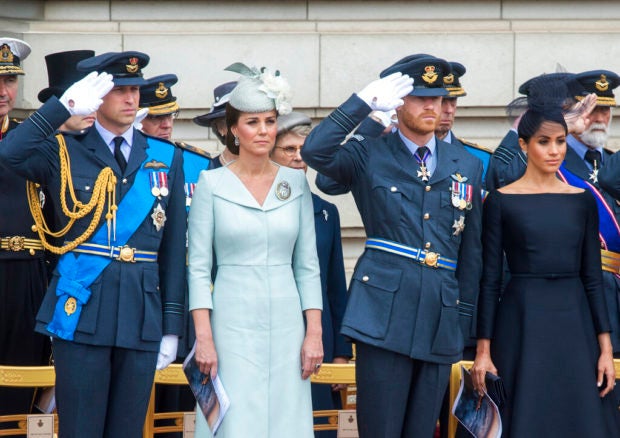 Meghan Markle will still be on maternity leave when US President Donald Trump visits the UK. Image: Paul Grover/Pool via AP, File

It seems Meghan Markle will not be among the British royal family members who will welcome US President Donald Trump during his first state visit to the United Kingdom.

President Trump and First Lady Melania Trump are set to stay in the UK from June 3 to 5. They will begin their visit with a ceremonial welcome from Queen Elizabeth II, as per BBC on May 24.

The Duchess of Sussex’s absence from events during Trump’s visit is because she is still on maternity leave, royal expert Victoria Arbiter told Inside Edition on Wednesday, May 28. Meghan gave birth to her first child with Harry early May.

She previously expressed her disapproval of the American head of state. In 2016, she was critical of Trump when he was then a presidential candidate. At the time, Meghan was based in Toronto as she starred on the TV series “Suits.”

On “The Nightly Show with Larry Wilmore,” she said, “As misogynistic as Trump is with his world view and is so vocal about it, you are not just voting for Hillary because she is a woman. You are voting because Trump has made it easy to see you don’t want that kind of world he is painting.”

She commented that he was “divisive” and that she “might just stay in Canada” if he won the elections.  Niña V. Guno /ra

No home birth: Harry and Meghan’s Archie born in a hospital