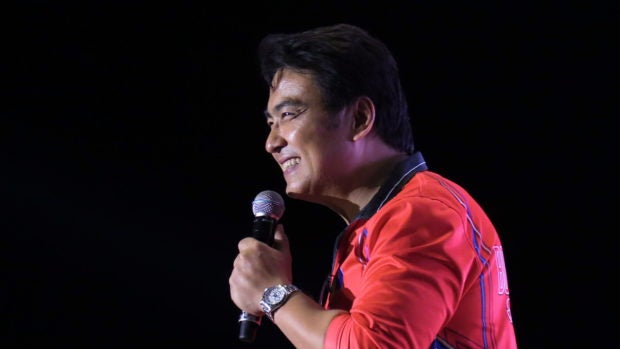 Sotto said Revilla wanted to get the Senate committee on civil service, government reorganization, and professional regulation and the committee on public information and mass media.

Sotto said Poe will give up the Public Information committee. However, it is still up to the majority bloc on who will get the said committee as Senator-elect Imee Marcos has also expressed desire to get the leadership roles of those committees.

Read Next
Trillanes: We have evidence against ‘Bikoy’
EDITORS' PICK
Reignite your passion with the vivo Y35
Karding damage to infrastructure at P23M
Bongbong Marcos says PH ‘open for business’ with new Clark Airport terminal
UNFPA Philippines Career Opportunities
Sierra Madre stands up to Karding, but needs protection vs the humans it saves
House energy committee chair Arroyo bats for cheap electricity
MOST READ
Angelica Panganiban ‘duguan, sugatang mom’ one week into breastfeeding
Badoy not with Office of the President, NTF-Elcac, under Marcos admin — solon
Cop yields after killing wife, companion in Oriental Mindoro
LPA enters PAR, may develop into tropical depression
Don't miss out on the latest news and information.