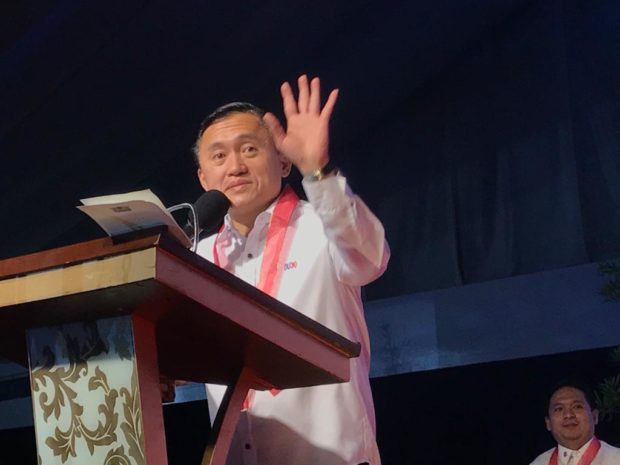 Go, one of the neophytes in the new Senate, said Senate President Vicente Sotto III asked them to submit a list of their preferred committees during their caucus in Makati City Wednesday night.

President Duterte’s longtime aide said he wanted to hold leadership roles in the Senate committees on health, education, sports or urban planning, and housing and resettlements.

However, Go noted that the decision on committee chairmanship lies on the sentiment of the majority bloc.

Outgoing Senator JV Ejercito will be vacating the chairmanship of both the health and urban planning committees after he failed in his reelection bid in the recently concluded midterm elections.

The committee on education will be vacated by outgoing Senator Chiz Escudero while Senator Manny Pacquiao chairs the sports panel.

Incumbent and incoming senators gathered in a caucus hosted by Pacquiao amid reports of tension within the upper chamber caused by the issue of committee chairmanships.

Last month, Sotto revealed that some newly-elected senators had their eyes on certain committees held by incumbent senators.

Go noted that newly-elected senators “respect the tradition of ‘equity of incumbents’ and we appreciate how the senior senators have been very accommodating with our requests and concerns.”

“The majority bloc will decide in the coming weeks on how to best lead these committees,” he said. (Editor: Jonathan P. Vicente)