newsinfo / Nation
Nation
AMID REPORTS OF TENSION IN THE UPPER CHAMBER 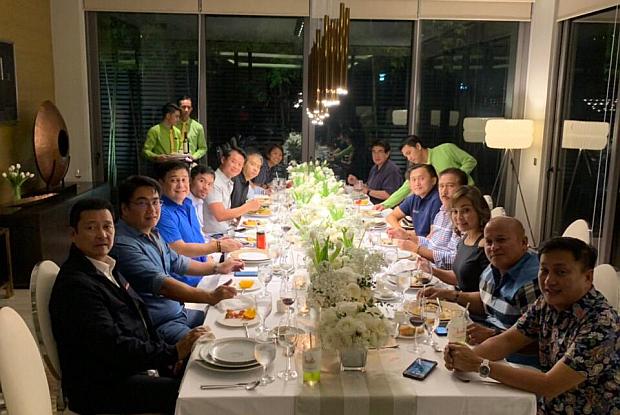 Look who came to dinner: Most of the senators of the incoming 18th Congress — old, new, and returning — went to the Makati residence of Sen. Manny Pacquiao on Wednesday, June 5, 2019, amid reports of tension in the upper chamber. (Photo posted on Pacquiao’s Twitter account)

MANILA, Philippines — Several senators on Wednesday gathered at a dinner organized by Sen. Manny Pacquiao at his home in Makati.

The other senators there were Sonny Angara, Nancy Binay, Joel Villanueva, Sherwin Gatchalian, as well as outgoing Senators Gringo Honasan and Loren Legarda.

Sen. Grace Poe also arrived late and posed for a photo with some of the senators.

The senators gathered amid reports of tension within the upper chamber caused by, among others, the issue of committee chairmanships.

In late May, Sotto confirmed that some newly-elected senators had their eyes on certain committee chairmanships held by incumbent senators.

The Senate President said they would explain to the neophyte senators the equity of the incumbent rule used in the upper chamber.